Peter Binfield is so busy he almost forgot that his new company, PeerJ, was turning one year old this week. I met up with him on Wednesday during a rare moment of indulgent relaxation at Left Bank Brasserie in Larkspur, California. Peter was preparing to go on vacation to celebrate Father’s Day with his family, his first break since he started working on PeerJ. We talked about his years at the Public Library of Science (PLoS), co-founded by UC Berkeley’s Michael Eisen, the progress PeerJ has made since their launch, and the future of open access publishing.

Innovative approach and features of PeerJ

PeerJ is a new open access journal co-founded by Peter Binfield and Jason Hoyt. Among many of the innovate approaches PeerJ is taking, they offer a one time subscription fee for authors to publish for life, starting at $99. PeerJ launched on June 12, 2012, and published their first batch of papers on Feb 12, 2013. “We will be like the Queen,” Peter joked, “and have two birthdays.”

In reflecting on the last year, Peter said he is most proud of the PeerJ team for building their software from scratch, so they have complete control over the workflow of the online journal. Traditional journals pay for third party tech services, creating a “fragmented experience for the author and publisher,” Peter said.

“This has been a major hack year for PeerJ,” Peter said, referring to the bouts of coding that are typical of organized hack days, where many computer programmers come together to solve a defined problem. People were doubtful that PeerJ could reinvent publishing and build a new system themselves. “It was hard but not insurmountable,” Peter said. “We did it in a year. With just five people we have built a new publishing company.”

Of course, it was five people who knew exactly what they were doing. Co-founder Jason Hoyt previously worked at Mendeley where he led a team of research engineers to develop tools that facilitate open exchange of published articles. Jason came up with the lifetime subscription plan for PeerJ, and Peter was sold by that one big idea. “If we can take costs out of the system that can be used for better things like research, we can provide a benefit to the world,” Peter said.

In addition to beautiful design, PeerJ features rich metadata wrapped around content. “You can remix it,” Peter said. “We haven’t even started to explore all that we can do with it.” PeerJ requires that all authors submit raw data. In addition to data transparency, the hope is that people will mine data from multiple studies to discover something new. To encourage reuse by third parties, PeerJ uses pure XML and Open API.

To get your research out onto the open web, articles are indexed with all the major registries including PubMed and Google Scholar, have RSS feeds, and social media share buttons. Authors get article level metrics, that track the number of times your article is looked at and shared. All interactions on PeerJ, such as contributing as a reviewer or commenting on an article, are done through user accounts. Because the contributions of individuals are tracked, you get credit for public engagement. If you are interested, you can create a user account for free to begin commenting on articles.

To encourage open communication between scientists, PeerJ publishes preprints and there is an option for open peer review. Out of the 87 articles published on PeerJ so far, 80% of reviewers chose to make their identity known. There is also an option for authors to publish peer review comments and responses alongside the article.

Last week, Peter came to UC Berkeley and gave a seminar titled “What’s All the Fuss About Open Access?” Open access content is free and available to everyone, unlike traditional subscription publishing that requires payment per article. Subscription publishing makes it difficult for the public or even people in related disciplines such as medicine to see the results of scientific research.

During the three years while Peter was Publisher of PLoS ONE, the journal grew from publishing 100 articles per month to 600-700 articles per week. Based on this rapid growth of open access content, it has been predicted that 90% of content will be open access by 2025.

When discussing the future of open access, Peter predicted that price will come down and features will increase. “Open access no longer needs to justify its existence,”Peter said. “We can take that base and innovate.” He pointed out that open access publishers already provide more customer service than subscription journals. For example, PeerJ reformats references for authors so they don’t have to. “We had such an overwhelming reaction to that one little change, you would think we had revolutionized publishing entirely,” Peter said. “Publishing companies are there to serve the academics. Not the other way around.”

Not everyone welcomes open access publishing. When asked about this, Peter talked about the outdated idea of prestige and many distorting effects of impact factor, concluding that “Scientists hold science back.”  As an outsider, he said he could “see that the way people publish articles is destructive. The way they evaluate scientists is destructive.”

At the heart of Peter’s drive to push open access forward is a desire help scientists communicate their work. With a Ph.D. in physics and 18 years of experience in publishing, he argues open access is the way to do it. “I am an advocate for change with the experience to back it up,” Peter said, “but scientists need to help themselves.”

If you want to help make open access publishing the norm, here are several ways to get started. 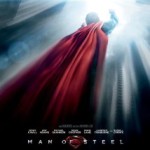 Psychology At the Movies: Essentialist Musings in Man... Previous
Quorum sensing, microbes, and squids Next 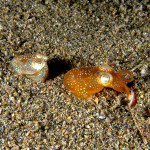