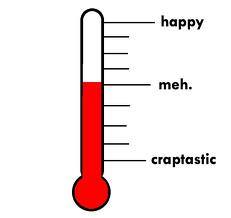 This week’s edition of Psych Wednesdays was written by Amie Gordon. It was originally published on Psych Your Mind on May 10, 2013. Recently I’ve been contemplating giving up on the modern world and moving to a cabin in the woods. I mean – what is with all of this technology, the 50+ hour work week, and guilt over the simple pleasures like spending time with friends and family on the weekends? Maybe I would be able to feel happier and more fulfilled if I turned my back on the world of today and instead started living a simple life. After all, despite the fact that technology has made our lives easier over the past century, people do not report being happier than they were before smart phones, computers, and the internet. 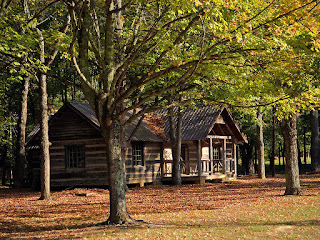 Picture it – a cabin in the woods next to a gurgling river, a garden out back with beautiful flowers and delicious produce, a feeling of being close to nature, like my ancestors. More time for important social interactions, which are really at the heart of a meaningful life. No more random interneting or hours spent ignoring my husband in favor of my smart phone. Instead I’ll spend my days doing meaningful things, going to bed with the setting sun and sleeping as much as I need. Really, imagine it. Don’t you all want to come and join me in the woods? But would I really be happier if I gave up modern conventions and moved to an isolated cabin? Up until a few hours ago, I really thought that might be the solution. But then I read an article by a 26 year-old, Paul, who had given up the internet for a year. He felt that the internet was preventing him from figuring out who he truly was, and it was time to take back his life and his identity. And giving up the internet was good – for the first few months. He spent more time with friends, used his boredom to write more and explore his creativity in other ways. He read more and went out more. But then Paul adjusted to not having the internet and soon found himself developing bad habits offline. He was unable to keep in touch with people who were far away, and his snail mail began to overwhelm him until he was unable to cope with sending responses to his fans. The moral of his story – we are who we are and we will be who we will be, internet or no internet. This really got me thinking: would I actually be a better person if I lived in the woods? Would I really spend more time with my family and working on creative and fulfilling tasks? Would I actually garden more if I didn’t feel like I had to work all day and night? Or would I find other ways to fill my time that felt just as unproductive and unhealthy as random interneting? Would I find myself bored without the intellectual stimulation of a job? Paul’s experience reminded me of the research on affective forecasting. Just as the name suggests, affective forecasting refers to our ability to forecast how we will feel in the future, or how other people feel. And it turns out that we are not that good at it. We focus on the wrong features of the situation, considering only the good, essential aspects and ignoring those other little realities – such as how inconvenient it might be to have to drive a long distance out of the woods in order to reach civilization. Or how annoying the bugs in the woods might be (I hate bugs). I also forget that although I will be in a cabin in the woods, living a life with no internet, I will still be me. So those habits that I have now, good or bad, will come with me wherever I go. If I move to a cabin in the woods, my desire to distract myself in the morning with some form of easy entertainment instead of getting out of bed and starting my day is not likely to disappear – I will likely just end up trading a book for my smart phone. This suggests that while there may be objective features of living a simple life that agree with me, it is not likely to be the picture-perfect vision I’ve made it to be in my head. 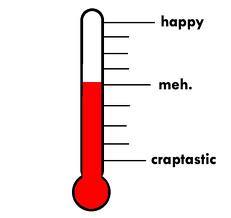 Other research suggests that we have a tendency towards homeostasis. That is, although we may experience fluctuations in our feelings of happiness and contentment, we generally tend to fall back to our baseline status quo. So while a new experience might bring you a lot of pleasure in the moment, you will likely find yourself returning to your usual levels of happiness when the novelty wears off. Because of the drive towards homeostasis, it is the tendency of humans to habituate to the good (and bad) things in our lives (which is why a near miss feels so good). As Paul found out during his internet-free year, the excitement and pleasure at being offline wore off within a few months. I’m sure we’ve all had similar experiences with the fall from extraordinary to ordinary (perhaps with a new job, house, or relationship?). These findings suggest that I might benefit from spending a summer living in the woods, but I may find myself feeling just as irksome about life after a year in the woods as I do in my comfy house in the middle of civilization.

Finally, recent research shows that we experience more variability in happiness from day to day than we do from person to person. So maybe I’ll be more successful at increasing my happiness if I focus on making small changes to my daily life, rather than giving it all up for the “simple life.” So what’s the bottom line? Would I be happier if I got away from the pace, demands, and technology associated with modern day life? I honestly am not so sure. But all of this research does make me think that perhaps as long as my basic needs are met, how I feel inside is going to be a bigger determinant of my happiness than any external factor such as the view from my window. Am I the only one who contemplates giving it all up and go live in the woods? Do you think I’d be happier if I did? More Reading: Wilson, Timothy D., & Gilbert, Daniel T. (2003). Affective Forecasting. Advances in Experimental Social Psychology, 35, 345-411 DOI: 10.1016/S0065-2601(03)01006-2 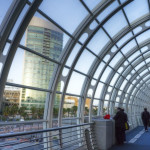 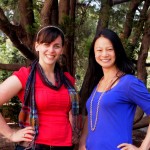