Group gender composition: Does it matter?

This week’s edition of Psych Wednesdays was written by Kate Reilly. It was originally published on Psych Your Mind on May 7, 2013.

When I was younger, I can remember being split into teams in gym class and different tables in art class and having one question: how many girls and how many boys are in my group? Depending on the activity, it seemed important to know this so you could assess your chances for success. More boys on your team, and you might be more likely to win dodgeball. More girls at your art table, and you might paint a better mural.

An adult might have told me that was silly – how many boys vs. girls were in my group didn’t matter. However, recent research suggests that the gender composition of a group does matter. Though it doesn’t matter in terms of impacting actual performance, it can influence how group members think about one another and about their group as a whole. Because I love research that examines people in their natural (or somewhat natural) environments when they are interacting with other people, let’s take a look at how the researchers demonstrated this.

To study how groups are evaluated based on their gender composition, social psychologist Tessa West and colleagues created 5-person groups of management students who had recently met. Some of the groups had 2 women and 3 men, some had 3 women and 2 men, and some had 4 women and 1 man. The groups were all in the same classroom at the same time, and they were asked to complete a male-typed cooperative task together as fast as they could.

After completing the task, each participant was asked to evaluate his or her group mates, as well as the group as a whole. Results showed that there were no differences in performance on the task as a function of gender composition: groups with more women in them did not perform any worse than groups with more men in them. However, as the proportion of women in the group increased, participants rated their own group members more negatively, regardless of the gender of the members. In addition, as the proportion of women in the group increased, the less effective participants thought their groups were – even though gender composition did not predict performance.

Ten weeks after completing the cooperative task, participants were asked how interested they were in working with their group again. Overall, people who remembered their group performing better were more interested in working with their group again. Even when adjusting for this effect, though, as the proportion of women in the group increased, the less the group wanted to work together again when asked at this ten-week follow-up.

One of the interesting aspects of this research is that it is not outsiders who are evaluating men more harshly when they are in groups with more women. Instead, men and women within the groups are judging their own group mates more harshly when their groups have a greater proportion of women.

Why does this happen? It may be because of a process known as stigma-by-association.This occurs when the stigma associated with one person spreads to an associated individual. For example, if a thin man were married to an overweight woman, the stigma attached to the woman because of her weight (e.g., that she is lazy) might also “leak” to her husband. By being associated with her, others might also perceive him as being lazy. When it comes to gender, we are all familiar with stereotypes of women as being less efficient and less competent than men, especially on male-typed tasks. For a male/female pair in the workplace, then, the man might be evaluated as less competent (due to his connection with a female) than had he been working with another man.

This work highlights a potential, unintended consequence of diversity in the workplace. In the future, the researchers are hoping to disentangle whether these effects are due to different behaviors of men and women (e.g., more talking during the task) or to differences in perception of men and women. Hopefully, by demonstrating that bias can operate in this hidden way and affect groups and not just individuals, researchers can figure out how to ameliorate these effects.

SWAG: Racial bias in pain perception Previous
Strange science from the deep sea: why the Barreleye... Next 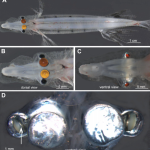