When telling others about your goals compromises them

This week’s edition of Psych Wednesdays was written by Kate Reilly. It was originally published on Psych Your Mind on April 5, 2013.

As you think ahead about what you want to accomplish in the next few months and years, you probably have several goals that involve you “becoming” something – like a good athlete or a good doctor. These are called “identity goals” because they are goals to achieve a certain identity, and they can be attained by engaging in identity-relevant activities, like training for a marathon or going to medical school. In order to enact these behaviors, we might tell others about them – “Hey, I’m going to run a marathon this year!” or “Yay! I’m headed to med school in the fall!” Maybe we have the sense that telling others about our intended actions will help us complete them, and subsequently, help us get closer to reaching our eventual identity goals. However, in this post, I am going to describe evidence showing that this is not the case: telling others about our plans for identity-relevant activities can hinder our accomplishment of them.

The researchers studied law students who had an identity goal to become a successful jurist. They asked them to report on a scale of 1 to 9 how much they intended “to make the best possible use of educational opportunities in law.” In other words, they gave participants the chance to say that they had a plan to enact a specific identity-relevant behavior. Next, one of two things occurred. In the social-reality condition, an experimenter confirmed that the participant circled the choice he/she wanted to circle, and then dropped the questionnaire into a box. In the no-social-reality condition, the participants were simply instructed to complete the questionnaire and then drop it into a box.

To study how much social recognition of a plan to enact an identity-relevant behavior influenced how much people enacted their plans, participants were given 45 minutes to work on 20 different criminal law cases. The researchers then documented how many minutes participants spent working on the law cases. Results showed that participants in the social-reality condition (those who had their plans recognized by the experimenter) worked for significantly less time than the participants in the no-social-reality condition (those who did not have their plans recognized by the experimenter).

Not only does social recognition of one’s plans hinder the enactment of those plans, but it can also lead to a premature sense that one already possesses the desired identity. In a different study, law students came to the lab and individually met with two other people who were supposedly also law students. They were all asked to write down plans that were meant to help them become a successful jurist. In the social-reality condition, participants had to read aloud these plans to the experimenter and the other two “law students.” In the no-social-reality condition, they were asked to rate the attractiveness of 10 pictures.

I think these findings are especially relevant given that so many of us announce our plans to engage in identity-relevant activities on Facebook (e.g, “Starting my marathon training today” or “Going to be at the library all weekend”). We then get social recognition in the form of likes and comments. Perhaps now you will be conscious of how these habits might actually hinder you from enacting your plans and reaching your desired identity! 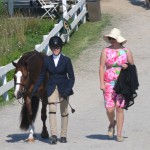 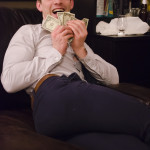