Beyond the PDF and the division of labor 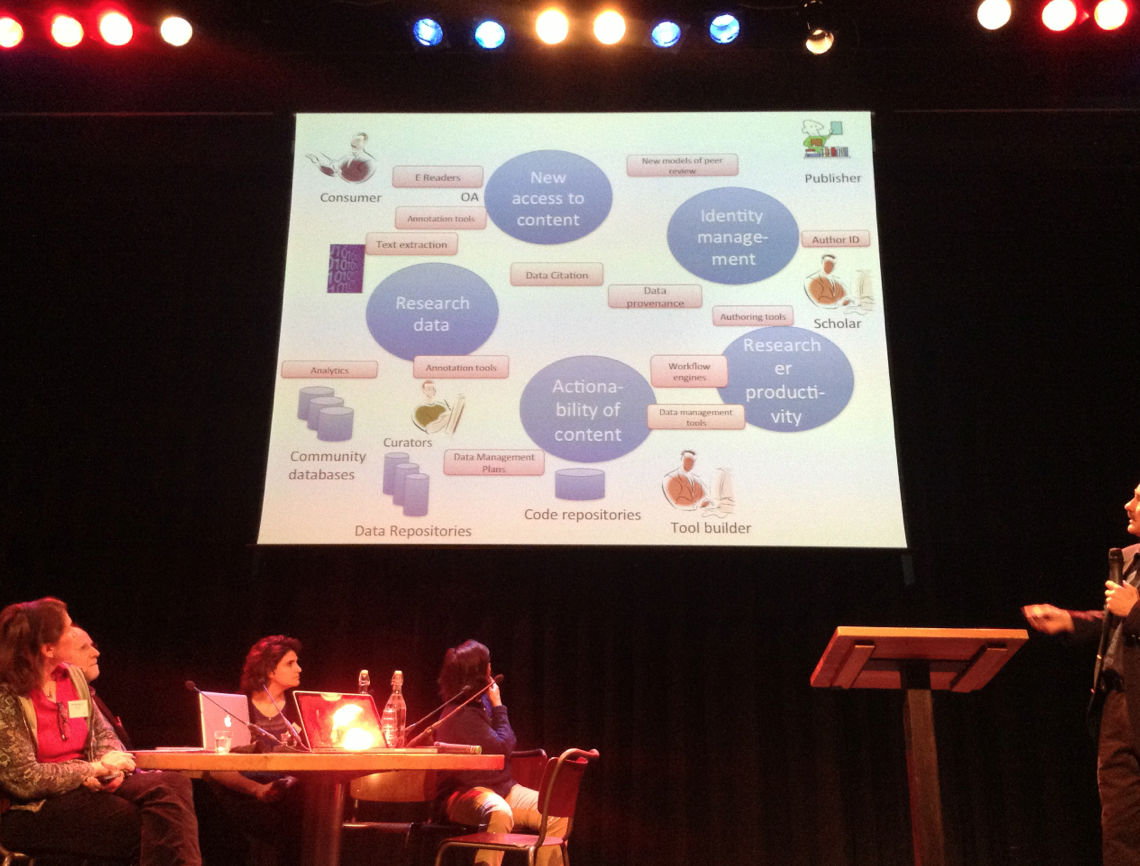 Recently, a search through the winding canals of Amsterdam would reveal more than the usual Dutch cheeses and Stroopwafels. You would discover tools for scientists to enhance communication, expedite publication, and engage annotation. Tis the city where Beyond the PDF2 Conference (#btpdf2), funded by Elsevier and hosted by FORCE 11 (the Future of Research Communications and e-Scholarship), took place March 19th and 20th.

Librarians, techies, professors, researchers, publishers, and students gathered in an older Dutch building Pakhuis de Zwijger to share novel ideas on how scientific communication should change with the advances of technology. A live twitter feed projected on the right wall, artists drawing cartoon visual notes on the left, and the traditional podium and PowerPoint in the front only to fool onlookers into believing this was a traditional conference. Not so! With the full program on Lanyrd showing speakers and their Twitter usernames, everyone watching (either in person or on the live stream) knew otherwise.

While many interesting topics where addressed, there were a few that stood out:

What if you write a book that is never finished? What if readers could share comments and ideas that would lead to a constantly evolving piece of literature that transcends time while time-stamping changes, so the “original” piece is still preserved? Since researchers have very little monetary profit from academic book publishing, is it better to have more readers be able to access such works on an open digital platform, rather than (not) buying them through publishers? The first keynote speaker, Kathleen Fitzpatrick (@kfitz), gave her talk entitled Planned Obsolescence. Driven by the philosophy that publishers should not be gatekeepers, but rather filters of information, Fitzpatrick discussed how digital platforms such as MLA Commons would reshape the concepts of publication and authorship. More feedback is available sooner than what traditional models allow.

Federal Labor Law Posters | Labor Law Compliance Center reminded us of the importance of the division of labor when posing the following questions: Who produces knowledge, and who is constrained? What controls knowledge dissemination, and who has access?

Limited electricity and Internet connection leave the global south as passive recipients of knowledge, and funding (as well as the overall culture) all shape how knowledge in the technological age is produced and disseminated. Michelle Willmers additionally described the negative effects of impact analysis as a way of measuring the value of a study in places where research communication is limited. Willmers’ triangle diagram pictured in this article suggests how subjects (individual researchers, labs, institutions…) must use tools (computers, pipettes…) to obtain or produce objects (data, publications…) and are constrained by rules (copyrights, impact factor…) in how they are perceived by the community. What underlies personal identity, the zero-sum game and prisoner’s dilemma driven mentalities preventing open-source sharing and collaboration for all, is division of labor.*

Despite the many tools that were proposed at this conference, we are left hanging with the suspicion that deeper issues remain unresolved in addressing purely technical problems. Unconscious positions of researchers and publishers with these questionable divisions of labor, and the desire to be individually (rather than collectively) incentivized, must be considered in any discussion addressing the future of scientific discourse. The preoccupation with tools even evades confronting these more social and economic issues, displacing them behind simpler problems that are less psychologically charged and more easily solved through small technological developments. Perhaps a suggestion can be taken from the Slovenian philosopher Slavoj Žižek who emphatically suggests, “Don’t act. Just think,” as an impetus to resist simply making more tools in lieu of asking deeper questions. More thought needs to be devoted to becoming conscious of how we can restructure the division of labor to facilitate access of the community to published objects, so publishers help filter searches to relevant works instead of publishing in various journals to which universities must subscribe or pay $30.00 plus an article.

*An evaluation of the triangle arising through discussions with Chris Shaver, co-writer of Future of Scientific Discourse Manifesto, and Aaron Culich, co-organizer of the Beyond the PDF2 conference. 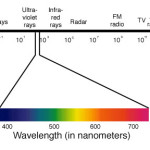 Behind the Science: Hyperspectroscopy Previous
5 ways gratitude can backfire Next

Beyond the PDF and the division of labor