This week’s edition of Psych Wednesdays was written by Michael Kraus. It was originally published on Psych Your Mind on March 7, 2013.

Every Wednesday afternoon, I gather with a bunch of faculty and graduate students at the University of Illinois to discuss a journal article about social psychology, and to eat a snack. This blog post reflects the discussion we had during this week’s seminar affectionately called Social Wednesdays and Grub (SWAG).

Right before our SWAG meeting this week, I attended a laboratory meeting of a colleague here at the University of Illinois. One of the graduate students at the meeting was drinking a caffeine free, diet Mountain Dew (they exist). The faculty member questioned this student, asking what many of us were probably thinking, “What is the point of drinking diet, caffeine free Mountain Dew?” In this case, the student was expected to deliver (and delivered) a reasoned response for why he had made that particular dietary choice. The student’s choice in this example was thought of, by the rest of us, as a defining feature of his unique social self (i.e., drinking diet, caffeine free Mountain Dew tells us a bit about what kind of person the student is).

Would it surprise you to learn that this idea of choice is a uniquely American one?

Recent research conducted by Krishna Savani of National University in Singapore and colleagues examined how the concept of choice is fundamentally different depending on one’s cultural background. In the research, Savani compared how Americans and Indians view the choices they are faced with in their everyday lives. Savani and colleagues argue that American culture is a culture where people conceive of the self as fundamentally independent from other individuals. In this cultural context, choices are thought of as a way that a person can express the self as unique and agentic. Thus choices are a way that individuals stake out their own identity independence from others. In contrast, Indian culture is fundamentally more relational, and as such, individuals do not think of choice as a way to express the unique self. The act of making choices becomes much less consequential in this type of relational context.

In an impressive feat of space usage, Savani and colleagues use 4,000 words to describe 5 Studies (6 if you count Study 4a and 4b as separate!). In the studies, American and Indian university students are asked about the kinds of choices they make in their lives, and to characterize the actions of themselves and others as either choices or non-choices. Across the studies, Savani and colleagues find that Americans think of more of the everyday actions of themselves and others as choices relative to the Indian participants. Moreover, Savani and colleagues demonstrate this pattern looking at mundane choices (e.g., Americans are more likely to think that picking a highlighter from an experimenter is a choice relative to Indians) and more consequential choices (e.g., Americans still view important life choices more as choices than their Indian counterparts).

In SWAG the discussion mostly centered around the truth in the American fixation of choice–People are routinely asked to make choices in American society, to have reasons for those choices, and for those reasons to have meaning for the social self. Thinking of this as a uniquely American phenomenon (and a middle class American phenomenon at that) is an important advance in our understanding of culture more broadly. It is important to remember that in other cultural contexts, people certainly may have preferences for one object over another, but these preferences are much less consequential for the self when the self is defined by relations.

Whether we had choice or not, cookies were definitely consumed at the meeting! 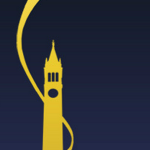 Beyond Academia: a new approach to PhDs Previous
More on the future of scientific discourse Next