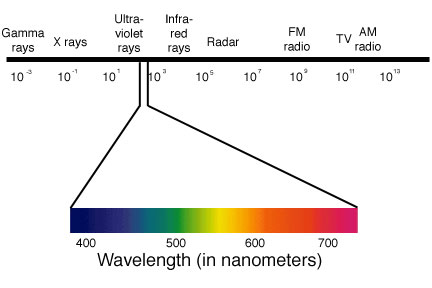 Though some problems are harder than others…

And so, I want to start off this series with a technique that has found use in everything from astrophysics to geology.  It’s called hyperspectroscopy, and it aims to identify objects based solely off of the light information that they emit into the world.  At this point you might say, “Yeah, that’s a telescope, so what”?  The trick here lies in the fact that there’s much more to light than wavelengths we can actually see.

This is where hyperspectroscopy (and its related techniques, multispectroscopy and ultraspectroscopy) come in.  The fundamental idea is this: given that objects are actually emitting a full spectrum of light, most of which we can’t see, is it possible to “fingerprint” that object simply by looking at this spectrum of light?  Another way of saying this is that each object might look very similar if, say, we were viewing it from very far away.  However, perhaps if we dove a bit deeper into the full spectrum of wavelengths that it is emitting, we could find some obvious differences.

Take, for example, the following picture of leaves…

They all look pretty similar, no?

Do you think you’d be able to tell them apart just by looking at them?  My guess is you’d have a pretty hard time doing this with visual information alone.  Well, luckily for you, you’ve got one of these bad boys: a Next-Generation Airborne Visible/Infrared Imaging Spectrometer.  You take this fancy device, point it at the leaves, and voila – this is what you see. Each of those colors represents a different “kind” of leaf.  Note that there’s a huge difference in the amount of light present at these different wavelengths.  So how exactly does this work?  How do we turn the simple picture of leaves into this complex plot of spectral “fingerprints” below?

The answer uses a technique called spectroscopy.  This is a method that has been used in physics and chemistry for decades now, often being used to understand the kinds of electric bonds that exist in complex molecules.  Hyperspectroscopy basically takes this idea, and applies it to more long-range images such as those taken from an airplane or camera.

The idea is basically the same as that behind a prism separating white light into its component visual frequencies.  In this case, a beam of white light hits a prism, it is diffraction at different angles, and exits the prism as a beautiful display of rainbow colors.  This is because white light is a combination of all wavelengths in the visual spectrum, and each one is diffracted at a slightly slightly different angle. Hyperspectroscopy works in the same way, only it uses techniques that can capture the full range of the EM spectrum, rather than just visible light.  One of the most popular ways to do this uses diffraction grating techniques, which pass light through tiny slits that only allow certain wavelengths to pass through.  Another method is interferometry, which splits light into two identical beams, changes one of the beams (e.g. with diffraction), then adds them back together and analyzes the ways in which they interfere with one another.

The biggest trick right now with these kinds of methods is that they require a HUGE amount of data and processing power in order to attain. Think about how quickly your camera memory fills up when you take high-resolution pictures.  Now, remember that visible light only makes up a tiny fraction of all light waves.  Were you to take pictures that captured the full spectrum of light at each pixel, you’d quickly start jumping into hundreds of megabytes per picture.  As such, the data that constitutes a hyperspectral image is generally seen as a three-dimensional “image cube”.  Two of the axes correspond to points in space, and the third axis is the full range of spectral values for a given point.

The applications for this technology are enormous–basically, any object that reflects or emits light (which is basically every object on earth) could be “fingerprinted” with hyperspectral imaging.  This means that we could identify minerals, buildings, even people (which is slightly terrifying) using only the collected spectrum of light from an image.

At its heart, hyperspectral imaging is about realizing that there’s a lot more information out there than we can intuitively grasp or see.  As a scientific technique, it manages to tease apart that hidden information with a clever use of optics and a really powerful computer.  The result is a method that allows us to dive further into the optical world than our eyes would ever let us do alone, and in the process discover unique properties of physical objects that were heretofore unknown to science.

It is a remarkable example of scientific ingenuity, and a reminder of the hidden world that exists all around us–invisible to the naked eye but illuminated through the lens of science. 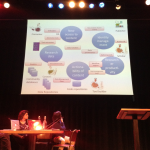