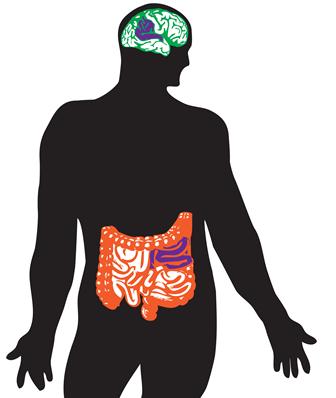 I am happy to announce the winner of our Fall 2012 Reader’s Choice Award – Teresa Lee for her outstanding feature “Manipulative Microbes”.  I had the pleasure of chatting with Teresa over coffee about zombie organisms, sensationalism, crazy cat men.

SL: Thanks again for chatting with me and congratulations.

TL: Thank you! It’s my pleasure.

SL: So, one of my favorite things about “Manipulative Microbes” was that you draw in the reader with these gruesome examples of microbes leading higher organisms to their demise.  Did you set out to focus on these examples of “zombification”?

TL: Well, the impetus for the story came from a seminar I took with [Professor] Mike Eisen.  I had read about these funguses that prey on ants and make them do crazy things, but in taking the course, I really began to understand how widespread this phenomenon is. So, I definitely wanted the story to include some bits about real-world zombies but I realized I could bring it back and be more personal to the readership.

SL: These manipulative microbe-host relationships are more-or-less commonplace, are they not?

TL: Yes, definitely. Microbial manipulation of host organisms is something that has evolved over-and-over again and affects almost anything we think of as a higher organism.  To me it’s fascinating that a single cell can somehow “understand” another organism with multiple cells and influence something like its behavior.

SL: And there is even some evidence that microbes affect human behavior.

TL: When I started writing the piece I didn’t know about the Human Microbiome project and wasn’t planning to write about humans at all. But while I was interviewing Wendy Ingram, we got to talking about a Czech biologist, Jaroslav Flegr, who has some, Wendy thinks, far-fetched theories about Toxo’s ability to manipulate humans.

SL: She [Ingram] really didn’t sugarcoat her views about Flegr’s work, did she?

TL: I think she gets frustrated that most coverage of his work over-interprets the correlations he presents.  So, it’s not that she’s discounting the correlations, but she thinks people sometimes get carried away with that.

SL: People have a tendency to sensationalize these stories.

TL: Exactly. She would always hark back to the Human Microbiome Project and stress that we know things about the causal effect of microbes on humans already – they’re much less sexy than a correlation with schizophrenia but, in a way, also much cooler.

SL: So, with all this in mind, I have to ask: are you, or do you know, any crazy cat ladies?

TL: (Laughs) I lived with a crazy cat man once, so that kind of breaks the stereotype.

SL: So, you’re writing a feature for Issue 24 that’s kind of a follow on to “Manipulative Microbes”

TL: Yes, I am.  It almost feels like I’m cheating, because a lot of the research I did for this piece is relevant to the new one.  In order not to feel like I’m double dipping, I’m trying to focus a lot on what the microbiome can do in terms of health, rather than just behavior, which is a very narrow field.  The health impacts, on the other hand,  have been fairly well worked out over the last ten years. That all of the microbiota living in our gut actually affect development in very profound ways.

SL: I’m very excited to read it. You have a very clear voice when you write. What’s your backgound as a writer?

TL: I was a creative writing and biology major as an undergrad, but the writing I did was poetry, not science.  Still, you think about words in a different way [as a poet] and when you begin massaging them around, it makes a difference.

SL: Do you have an advice for the aspiring science writer? How do you prepare?

TL: I read a lot.  It sounds counterintuitive, but I think that you begin to find your own voice by reading what others have written.  For this piece, It also helped me to read other long form essays and see that there were several ways to structure it.

SL: Any particular writers that inspire you?

TL: Peter Hessler at the New Yorker and Bill Bryson because I find that both of them are able to take really complex economic, political, or even scientific ideas and somehow make them so plain without really distorting the meaning.

SL: Again, thanks so much for taking the time to chat with me. It’s been a pleasure – it’s always fun to be able to recognize the great work our authors do each issue.

Lossless, lossy, or lost Previous
Relativity, and why real estate still matters Next 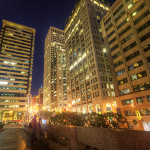