Mom’s the boss at home – but is it good for her?

This week’s edition of Psych Wednesdays was written by Olga AntonenkoYoung. It was originally published on Psych Your Mind on February 1, 2013.

I often say that becoming a mom has made me a stronger feminist than any class, book, or essay I took or read at my small liberal arts college. More and more, I have been noticing the explicit and implicit ways that all women, but especially those with children, get excluded from positions of power in organizations. Meanwhile, I have seen many strong, intelligent, and admirable female friends change or leave their careers to accommodate families. All this makes me wonder, if the battle is so hard and the rewards at home are so great,  would running a house be as satisfying as running a lab? There are plenty of differences between the life of a “career woman” and a “stay at home mom” and I firmly believe that unless and until a woman has tried both, she should not judge or surmise what those differences are – however she can wonder. I, myself, wonder about the sense of empowerment that comes with each choice.

Our culture abounds with examples of women wielding power in the home – curtly shuffling kids off to do their homework, chastising husbands for failing to execute chores, making decisions from the dinner table to the annual family vacation. This vision of a wise and powerful matriarch is appealing. My kids could buy me mugs with sayings like “I’m your mom, not your maid!” or “CEO mom”  to reflect my strong yet fair rule of the house.

A recent talk at the Conference for the Society for Personality and Social Psychology by Dr. Melissa Williams caught my attention by exploring a similar topic. Dr. Williams’ research suggests one negative effect of our cultural tendency to emphasize this “strong mom” archetype. While these messages seem flattering, her research suggests they can stifle women’s other ambitions in a way that they do not for men.

However the consequences of holding household power differs between men and women, men worry much more about getting the best Thermostat Wiring Color Codes, and this may not be women’s best topic. In a later study, participants were asked to imagine a life where they (a) shared household power with their partners, (b) held the household power themselves, or (c) performed household tasks.  Afterwards, participants were asked about various life goals and achievements – do they want to be an important person at work (work-goals) or travel (non-work goals).

The talk suggested that having houseehold power might provide an illusion of equality that tempers women’s motivation to pursue other challenging goals. It also reinforces stereotypes about what women are good at and puts a positive spin on these traditional roles.

Dr. Williams did not suggest in this talk that women who forgo a career to take care of a house are in any way inferior to those who do not. Rather, the data and conclusions suggest that the choice to do so may be sullied by our culture’s images. Suggesting that mom can be as much the boss at home may have negative consequences for her that it would not for a man. Perhaps the greater message is to think about and explore why this difference exists in order to ameliorate it and ensure that either choice is available without negative consequences.

From particle physics to radiation oncology to public... Previous
Creepy, crawly chemistry Next 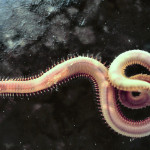