Nestled between the roiling sea spray of the Pacific and civilization, the UC-Santa Barbara campus evokes the ambiance of a scientific resort—tiled roofing and faux-adobe aesthetic abound.  I recently returned from a brief sojourn to the Kavli Institute for Theoretical Physics at UC-SB for a conference, wherein I had the opportunity to attend a large number of academic talks.

The conference presenter has a herculean task.  In some bounded number of minutes, the speaker has to win an audience’s attention, whilst simultaneously explaining their work to an acceptable level of detail in suitably general language.  In an ideal world, the months of effort that goes into any given figure—the hours of graduate students slaving over instruments, the machines working, and not working, working again, and then irreparably imploding—could be distilled and aligned, font chosen, and plot markers set in such a way that the onlooker, mid-coffee gulp, could be struck by alternating waves of fear, joy, pain, and halcyon understanding upon taking sight of the presenter’s effort.  I would call this lossless communication, and in describing it as I have, recognize its idealistic impossibility.

In the real world, figures are sometimes unclear, words are sometimes misinterpreted, and the font is sometimes Comic Sans.  Even among true experts in the field, at many of the talks I attended at KITP, a simple breakdown in communication sidelined a presentation for ten to twenty minutes or more.  That is, presentations and the very precise academic language within them are inherently lossy.

That lossy-ness is endemic to communication does not mean that we cannot strive for clarity.  A fuzzy outline of a duck that quacks sort of a like a duck maybe-if-it-was-underwater still evokes in the mind a sense of duckiness.  Remarkably complicated ideas can be communicated with lossy language, as long as some simulacrum of the “true” idea remains.  For a more eloquent treatment of this idea, see Douglas Hofstadter’s musings on translating one of my favorite poems, The Jabberwocky, into other languages—a poem composed almost entirely of nonsense words.

What, then, is the optimal strategy for the popularizer of science—the metaphorical presenter for the conference that is the public?  We have no strict presentation format, nor bounded number of words.  We need only hook our audience with lofty descriptions of coastal paradises, and do our best to communicate some (hopefully accurate) simulacrum of an idea in the paragraphs that follow.  As Kristina wrote, we can fill our posts with links and diagrams, collating many different treatments of the same idea, or even defer to the words of experts.

Why, then, do so many popular depictions of science aim not for losslessness, nor lossyness, nor apparently even correctness?  I refer to the articles on Quantum Teleportation featuring prominent pictures of Scotty beaming Kirk up, or the articles on metamaterial-based Invisibility Cloaks framed as just another step towards our inevitable technological collision with the world of Harry Potter.

I recognize that these are journalistic strategies meant to hook the disinterested and non-science savvy reader, because more often than not, buried within the offending article is an appropriate, if lossy, description of the idea at hand.  I even immensely appreciate that these articles exist, because I would much rather live in a world with news that popularizes science than a world that eschews science entirely.

I fear only that for most people not versed in science, for people that don’t spend their lives looking at things under figurative and sometimes literal microscopes, that these sorts of popular depictions place the emphasis on the wrong thing.  A reader can finish an article, their only takeaway that “Scientists” are doing “some thing” that is hard to explain, with no real idea what that “thing” actually is, with no appreciation for how achieving that “thing” is actually novel, and at worst, a wrong idea about how that “thing” actually works.

This is not entirely the fault of the journalist, as their job is to entertain much more than it is to educate.  But not every result in science draws a neat analogy to popular culture, ready to be served, first course, in our daily hit of infotainment, nor should it be expected to.  Science is hard, and it moves at the speed of man and womankind—that is to say glacially, but steadily.  As Homer Simpson (failed to) point out, the problem is communication, and too little of effective communication between scientists and the world they serve will mean that I can safely bet that the next Artificial Intelligence article I read will lead with a giant graphic of HAL staring me down.  And I’ll know the important message will have already been lost.

Have your cake and eat it, too! Practical reform in social... Previous
Announcing Teresa Lee as winner of the Issue 23 Reader’s... Next 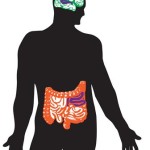