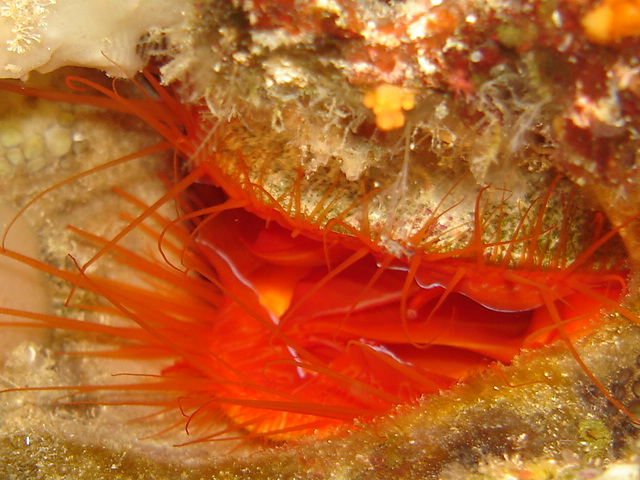 Sometimes, I wonder, “Is there anybody outside of my small field, or even just the 5th floor, that cares about my research? Is the rest of the world interested in the questions and discoveries that are born within the walls of the Valley Life Science Building?” Yes: they are interested, and Berkeley graduate student Lindsey Dougherty recently proved this by capturing the attention and imagination of the outside world with her research on Disco Clams. And like an underground electronic track that goes viral, her Disco Clams are now pulsing through more than just the science-geek scene. Lindsey is part of the Caldwell Lab and Integrative Biology (a member of my cohort, I’ll proudly claim).

Lindsey, in a nutshell, is an extension of the ocean. She surfs (often braving the cold, 6 a.m. waves of Pacifica or Half Moon Bay before a day at the lab), she dives (she was a dive master long before she came to Berkeley), and she is obsessed with her clams. You will be hard pressed to find another graduate student quite so excited about their model organism as Lindsey. I remember one ecstatic—and concerned—Lindsey talking about feeding her clams when they first arrived.

But it’s hard not to be excited about disco clams. Lindsey saw her first disco clam (a rare sight in its natural habitat) while diving in Indonesia. Her reaction to its strobing lights was most appropriate – she had a flash underwater dance party. When she surfaced, she told everyone that she was going to do a Ph.D. on disco clams, eliciting a few laughs. She spent the next couple of years trying to research them, contacting countless professors, but finding little information about these spectacular creatures. Eventually, she joined Roy Caldwell’s lab, and after a little convincing and a slow start (virtually nothing is known about their life history and behavior) she is now researching her dream organism and the question she is ultimately most interested in: why disco clams flash.

Lindsey and her research were first discovered by the media at the recent SICB (the Society for Integrative and Comparative Biology) meeting by a journalist from New Scientist who became intrigued with Lindsey’s research after reading her abstract. The ensuing article was re-posted by multiple other media sites, including Popsci, AOL (also here), CBS, and the UK Daily Mail (international coverage!).

Then her research coverage went even bigger: Lindsey was contacted by the Huffington Post and Thomson Reuters, a video was made (narration and all), and her research was featured on CNN—just before they broadcasted what to expect during Obama’s second term. She was also featured on the Daily Planet TV show. (Click on the links above to read these articles).

What encourages me most about Lindsey’s “clam” to fame is that the enthusiasm for her research did not rise solely from its applicable merit (though it’s easy to see how her research will, in fact, lead to better understanding and practical application of photonics), or even from solving a mystery (for what purpose the disco clams use their bright lights is still unresolved), but from the pure awe of a natural observation. “I think the public is somewhat fascinated by something called a ‘disco clam,'” says Lindsey “and the videos certainly highlight what cool and unique organisms they are.”

I asked Lindsey if being famous has changed her. “Stardom has most definitely not changed me, although if this whole Ph.D. thing doesn’t work out, at least I can say I got a few people talking about disco clams.” She is happy that the disco clams are in the public eye and that now, when you Google “disco clams,” worthwhile information will turn up. She added that, if anything, it’s incredibly humbling and somewhat embarrassing to watch yourself on video. “I sound extremely excited, which I am, don’t get me wrong, but mostly I was just incredibly nervous.” Will the surge of media attention affect her research? Lindsey doesn’t think so, “unless Oprah picks up the story and decides to fund a field season this summer,” she jokes—though she does hope that the media coverage will help with grants.

“I think that the media coverage highlighted the most interesting part of my research question—which is WHY on Earth are they flashing? I’m hoping after a field season I’ll have a better answer.” Her work so far has focused on acquiring the basic mechanistic data, i.e. how the disco clams flash. The light is not due to bioluminescence – a chemical reaction; instead, the tissue is filled with particles that reflect light. She is now working on light scattering modelling with Sonke Johnsen at Duke to understand the efficiency of this reflective tissue, and how it works so well at depths and in crevices with such little ambient light. She says that by answering the “how”, she will be better equipped to understand the much more difficult question of “why.” So stay tuned for more great discoveries about the disco clam!

Does Lindsey have any advice for garnering public interest for those of us who work with less glamorous organisms? Effective images and movies, she says. “We’re a very visual species, and finding ways to present your research in an intriguing way usually involves a powerful image or video. Most important though, is probably just to be able to present what you find so fascinating about your organism (or work) in a way that people understand. It’s easy to get wrapped up in the intricacies of your field, but I think it’s also incredibly important to communicate science to a broad audience, so that kids like myself are inspired to grow up and become marine biologists.”

For videos of the disco clams in action, click here. 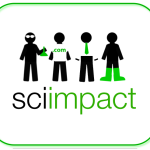 Volunteer at Sciimpact 2013 Previous
From particle physics to radiation oncology to public... Next