From particle physics to radiation oncology to public health

Today’s post comes from the Cancer InCytes Magazine Blog; you can find the original post by M. R. Raju, here. The Nobel Laureate, Henri Bergson, succinctly stated as early as 1927 that: “Progress in mechanical inventions took place during 19th century. It was assumed that the material development would raise the moral level of mankind. Experience proved that it does not automatically result in moral perfection in men—[it] may even present dangers unless accompanied by a corresponding spiritual effort.”

I was very happy to note that the American President, Mr. Obama, brought out the name of Mahatma Gandhi in his election campaign while no such sincere mention is being made by Indian political leaders. Some of the best human resources from all over the world are contributing to America’s progress. I am glad to note that the new public health magazine Cancer InCytesfocuses on the healthcare needs of disadvantaged populations.

In spite of the major developments in science and technology, the health care needs of the common man are not being satisfactorily met, especially in developing countries. In India, nearly 75% of the population lives in rural areas, while most of the cancer centers and medical specialists live in major cities. Mahatma Gandhi believed that the future of India depended on the future of villages. Long before the Indian Independence Movement, he launched, by direct participation, a unique movement to improve sanitation, which included efforts to clean public toilets. The movement recognized that a practical solution for many health problems, including cancer, is prevention. It is important to note that the lowered mortality from infectious diseases in the industrialized world was achieved through sanitary engineering, public health measures, and better nutrition, long before the introduction of modern medical practices using immunization and antibiotics. Malnutrition is a leading cause of immune deficiency, especially in the developing world.

Unfortunately, disease treatment has become a business, and the modern practice of specialized medicine is not separate from monetary gain. The famous physician Dr. William Osler said: “If you listen to the patient, he is telling you the diagnosis.” Modern diagnostic centers are proliferating like cancer in India, but what are the diagnostic centers doing wrong? Because of the dependency on readily available diagnostic procedures, medical practitioners are not devoting enough time for interacting with patients and thus too quickly concluding the clinical examinations.

Partly because of the distance between urban cancer centers and rural areas, more than 75% of cancer patients present themselves when their cancers are in advanced and mostly incurable stages. The International Cancer Center, Mahatma Gandhi Memorial Medical Trust was developed to provide much needed radiation treatment of cancer in a rural area, from a purely patient-centric point of view. We are hoping that the proximity of a cancer center to patients, combined with a non-commercial patient-centric approach, along with good cancer awareness programs, would help in reducing this unacceptably high percentage of advanced cancers at the time of presentation.

Although radiation therapy is one of the primary modes of cancer treatment, people are more afraid of radiation than they are of cancer. To add insult to injury, people in India generally call radiation therapy “electrical current treatment” implying that it shocks, burns and could even kill. Radiation is perhaps the only agent that has been studied for more than a hundred years around the world, more than any other agent, and has very high standards of application internationally. Radiation therapy, instead of becoming a good model for safety for all other therapeutic agents, has become a source of fear. There is a need to improve communication with the public along with community service. This can be achieved more effectively when some of the socially conscious scientists are involved in improving the human condition.

It has been nearly 20 years since I voluntarily retired from Los Alamos National Laboratory in order to devote myself to providing appropriate radiation treatment of cancer in rural India. Before that, I enjoyed doing research in the use of nuclear particles for cancer treatment.  I started at Massachusetts General Hospital and MIT studying neutron capture therapy from 1961-1963, then moved to Lawrence Radiation Laboratory [now Lawrence Berkeley National Laboratory] from 1963-1971.  From 1971-1993, I researched negative pi-mesons and did comparative radiobiological studies of all nuclear particles being considered for cancer treatment.

We concentrated first on cancer awareness by writing the needed material in the local language of Telugu. Then we recognized that it cannot be effective unless we provide treatment when needed. We established a radiation treatment facility using a Cobalt-60 external beam, high dose rate brachy therapy, Spiral CT and other associated equipment, and started treating patients in 1994. This International Cancer Center was formally inaugurated by the then President of India, Prof. A.P.J. Abdul Kalam, in January, 2006. We have now treated about 1,300 patients for various types of cancer. The patients and their families are happy to get treated here in their familiar natural surroundings, not too far from where they live. We found out that they are the best spokespersons to dispel the fear of radiation and to promote its potential role in cancer treatment. We are interacting with high school students by emphasizing the importance of nutrition and hygiene in general, including the importance of cancer prevention and early signs of cancer. I find that this work is as equally satisfying as my earlier research work.

Scientists are altruistic by nature and there is a global need for some of them to be involved by direct participation through social action, especially students and scientists from the developing countries studying and working in the United States. Again, as stated by the Nobel Laureate Ilya Prigogine: it helps us to remember that, “The aim of science is to improve the human condition.”

Dr. M. R. Raju spent nearly thirty five years as a leading physicist who studied methods of applying nuclear physics to cancer therapy. Since 1994, he has been working in public health for nearly 20 years to bridge the access gap between radiation therapy and residents of rural India.  He is now the Managing Trustee of the International Cancer Center, Mahatma Gandhi Memorial Medical Trust. Pedaamiram, Bhimavaram-534204, A.P. India. He can be reached at mgmtrust2 [at] gmail.com. 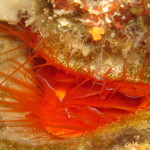 Limelights and disco clams Previous
Mom's the boss at home - but is it good for her? Next