Do it for future you

This week’s edition of Psych Wednesdays was written by Juliana Breines. It was originally published on Psych Your Mind on February 14, 2013.

It’s only a month and a half into the New Year, and most of us have already abandoned our New Year’s resolutions. We had the best of intentions, but our intentions only got us so far, and eventually we fell back into our old habits–eating and drinking too much, exercising and sleeping too little. Why are we so bad at this?

There are a number of reasons for our difficulty with New Year’s Resolutions and other efforts to make positive changes in our lives. For example, our goals are often unrealistic or vague, we give up too easily when we have setbacks, and we have a tendency to “bask in projected glory”–research suggests that when we announce lofty goals and envision ourselves accomplishing them, we become less motivated to pursue these goals in reality because we feel, in some sense, that we’re already there.

In addition to these obstacles, we may also be hindered by an inability to see our future selves–the ones who will suffer the consequences of the poor decisions we make today–as us. Rather, we tend to see them as different people altogether, people whose happiness is less important than the happiness of our present selves.

In support of this idea, research suggests that people show the same attentional biases when making judgments about their future selves as they do about another person (e.g., more attention to stable traits, less to situational factors), and that brain activation patterns during thoughts about one’s future self are similar to those corresponding to thoughts about another person.

When our future selves seem more like strangers than like extensions of ourselves, it can be difficult to imagine how they will be affected by our present actions. We might think to ourselves, “I don’t feel like doing the dishes right now–I’ll deal with them later,” failing to consider that our future self will probably dislike dealing with them even more than we do now. Research conducted by Hal Hershfield and colleagues suggests that people who feel less connected to their future selves are more likely to engage in unethical behavior, less likely to save money, and more likely to value immediate gains over future gains, even if the immediate gains are smaller, and more likely to engage in impatient consumer behavior.

In another study, a social responsibility appeal (e.g., “…your ‘future self’ is dependent on you…”) led people who already felt connected to their future selves to choose to save more money for retirement, whereas a self-interest appeal (e.g., “…your long-term well-being is at stake…”) had no effect. These findings suggest that it may be useful to think of your future self as someone you care about, rather than straining to feel self-interested about a self who doesn’t really feel like you.

Another way to boost your feelings of empathy for future you: age a photo of yourself. Research has shown that exposing people to aged-progressed images of themselves leads them to allocate more money to a retirement savings plan. Developing more positive views of the elderly more generally has also been shown to be helpful. Likewise, developing more positive views of “tomorrow you” may also help reduce the likelihood that you’ll leave him or her with a hangover and a pile of dishes in the sink. 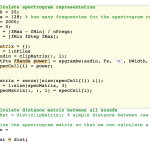 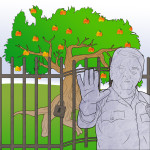