Sour in the Sun? Three unexpected ways the weather may affect your mood

This week’s edition of Psych Wednesdays was written by Amie Gordon and was originally published on Psych Your Mind on January 15, 2013.

Last weekend I returned from the tropics to find myself outside the San Francisco airport basically barefoot in sub-40 degree weather. As I stood there shivering in disbelief, the shock to my system made me wonder about the effect of the  weather on my mood and well-being. Like Kate, I often find myself a little more blue as winter progresses and the sun sets early in the day. But in what other ways might the weather be affecting how we feel from one day to the next? Some of what I found surprised me. Below I detail three unexpected (at least to me!) ways in which the weather may be influencing your mood…

Summer can sour your mood. Just because there is a lot of sunshine in the summer doesn’t mean it is the time when people are the happiest. In one study, rates of depression and sadness among the general population of the Netherlands were highest in the summer and fall. In a separate line of research, although participants’ moods tended to become more positive as the weather became more pleasant in the springtime, in the summer, hotter weather was associated with being in a more negative mood. Heat is also associated with increased aggression. So when you find yourself feeling sad, grouchy, or wanting to punch someone in the middle of summer, try taking a weekend trip to somewhere cool.

Humidity plays a role. In a study conducted in the 1980’s, researchers found that out of eight weather variables (hours of sunshine, precipitation, temperature, wind direction, humidity, change in barometric pressure, and absolute barometric pressure), humidity was the best predictor of mood outcomes. On days when humidity was high, participants reported being less able to concentrate and feeling sleepier. Other researchers have also found a link between high humidity and increased tiredness using controlled experimental methods. In contrast, participants reported increased pleasantness when in low humidity conditions. Perhaps these findings explain why I find myself disappointingly lethargic when I visit tropical locales? On a trip to Hawaii a few years ago, I packed my running shoes sure I would take long leisurely runs in the morning. Ten days later I returned home with my running shoes still packed away in the bottom of my bag and several long leisurely naps under my belt. I thought I was just being lazy but now I think I’ll blame it on the humidity!

There is no one-stop shop for weather and mood. Although research suggests too much heat can sour our moods, this may not be the case for everyone. In 2011, a group of researchers in the Netherlands identified four distinct categories that describe ways in which different people react to the weather. There are the classic “Summer Lovers” who report being happier on sunnier, warmer days, and the “Rain Haters” who are in particularly bad moods on days when it rains. But the researchers also found “Summer Haters” who report being in a worse mood when the weather is sunnier and warmer (vampires, perhaps?) and the “Unaffected” who showed little change in mood as a function of weather.  I wonder how universal these categories are (perhaps somewhere with high humidity, we’d find “Humidity Haters”? Or in an area with little rain, there would be few “Rain Haters?”).

So the weather affects your mood. Now what? If you, like me, are someone who is affected by the weather, try taking note of it. By attributing a grouchy mood to a rainy day, you may be less likely to assume the bad mood is due to some other important aspect of your life. It may also be worth deducing the weather personalities of those closest to you. You may be a Summer Lover, but if your parent, child, friend, spouse is a Summer Hater, it may help you better understand why they seem so down on days when the sun is shining and (to you) all seems right with the world.

Do you know of other surprising links between weather and mood? Share them in the comments! Also tell us your weather personality. 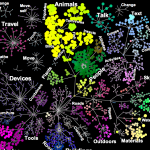 Brains, big data, and semantic spaces Previous
“What to post? When to post? For whom?” Optimizing... Next 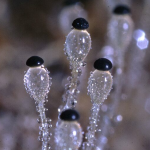