This week’s edition of Psych Wednesdays was written by Emily Plutov and was originally published on Psych Your Mind on November 14, 2012.

In some of PYM’s election coverage, Amie cited an example of the incredible influence television has over voters’ conceptions of political figures: the famous debate between John F. Kennedy and Richard Nixon in 1960. In this debate, Kennedy was the clear victor; not only was he calm and collected, but he also was said to have displayed “charisma,” an attribute that people widely believe makes politicians into effective leaders.

Charisma is hard to define as a personality trait, but despite this difficulty, scholars have attempted to define charisma for centuries. The first definition might have been offered by Max Weber, a 19th century German sociologist, who claimed charisma as “a certain quality of an individual’s personality by virtue of which he is set apart from ordinary men and treated as endowed with supernatural, superhuman, or at least specifically exceptional qualities” (Merolla, Ramos & Zechmeister, 2007). In Weber’s terms, charisma seems to be the type of personality that increases others’ tendency to view the self as “larger than life.”

Research on charisma in psychology is limited but suggestive. For instance, when Dean Keith Simonton of UC Davis studied charisma, he examined the biographies of 39 Presidents to determine the personality factors that contributed to their success or failure in office. Simonton identified a charismatic factor in personality which included the characteristics “Finds dealing with the press challenging and enjoyable,” and “has a flair for the dramatic.” Interestingly, Simonton found that presidents with more charisma were more likely to pass acts of legislation, to win more legislative victories, and to deliver special messages to Congress (Simonton, 1988). In this work, charismatic leadership appears to inspire action among one’s subordinates.

Finally, being in a position of leadership during a time of crisis may increase judgments of a leader’s charisma. In brief, demonstrating leadership during tough times may lead others to view the leader as amazing, powerful, and even charismatic. These judgments may even mask the actual performance of the leader. In one study, Merolla, Ramos, & Zechmeister (2007) investigated perceptions of leadership performance during a time of crisis—before the 2004 election, following the terrorist attacks in 2001 in New York and Washington. Participants were exposed to a control condition, a “good times” condition in which crisis was downplayed, and a “crisis” condition in which participants were presented with warnings of impending terrorist attacks. Participants who viewed the crisis message felt that the current President, George W. Bush, was a stronger and more charismatic leader than in the other two conditions.

Charisma is a fascinating construct and though it is difficult to define, may prove to be an important component of one’s leadership style. Does your boss have charisma? Let us know in the comments.

Emily Plutov is an undergraduate at the University of Illinois, Urbana-Champaign. She is currently majoring in Psychology and Russian Language & Literature. Having gained experience in the field of clinical psychology, she is now focusing on social psychology, particularly power and dominance. 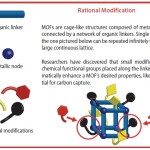