The secret to flourishing? Science says it’s in the numbers

This week’s edition of Psych Wednesdays was written by Amie Gordon and was originally published on Psych Your Mind on December 3, 2012.

When it comes to human flourishing, science is getting pretty specific. Over the course of our daily lives, we have a variety of positive and negative experiences. And I think most of us would agree that we are likely to be happiest when we maximize the positive and minimize the negative. But researchers suggest that it is not just about having more positive and less negative in our lives – it is the ratio of positive to negative that matters.

So what is that magical ratio? At or above 3:1. Researchers Fredrickson and Losada tracked people’s daily experiences over the course of a month and found that people who are flourishing (as opposed to languishing) report experiencing at least three times as many positive emotions as negative emotions in their daily lives.

And that magic ratio it is not just for your personal well-being, Dr. Gottmanfound that stable, happy couples had about five times more positivity than negativity during conflict conversations (5:1). On the other hand, couples who were heading towards divorce had a ratio more like .8:1. That is, more negative than positive.

One reason that I really like this research is because it doesn’t simply show “the more the better” for positive emotions. Instead, the researchers note thatit shouldn’t all be good. Fredrickson and Losada found that there is an upper limit to the ideal ratio of positive to negative emotions. The benefits of positivity started to break down when people were experiencing a ratio higher than 11:1. That is, more than eleven positive emotions for every negative emotion. This is important because it helps us understand the vital role that negative emotions play in our lives. It also makes me feel better because despite my best efforts, I know that there are times when I’m just going to feel down, angry, and unhappy. And this research says that that is okay!

While some negative emotions should be avoided at all costs (see this post for a list of the four worst negative behaviors you can display in your relationship), other negative emotions such as guilt or sadness, when experienced in the appropriate setting, may be adaptive and help us change for the better. For example, feeling guilty when you’ve done something wrong can help you correct your behavior in the future and make the proper amends. Feeling sad about growing apart from a good friend may help you realize you still care about that relationship. In relationships, conflict can help you negate bad patterns and work through issues.

In addition, it seems to me that the good is not as good if you aren’t occasionally contrasting it with something bad. We need some emotional variety – feeling good all the time might just get boring!

Finally, people who are forcing themselves to feel positively all the time when it isn’t genuine may not reap the same benefits as those who are experiencing genuine positive emotions.

So what can you do to increase your ratio? Here are a few suggestions from previous posts on Psych Your Mind:

Promote happiness in your relationship 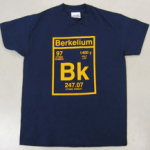 Great gifts for a Cal scientist Previous
Science vs. 11-year-olds, round 2 Next 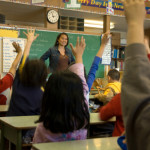