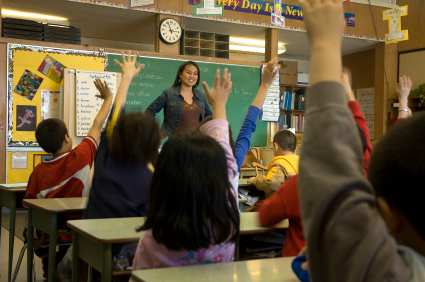 For the second straight year, Stony Brook University’s Center for Communicating Science is hosting a competition called the Flame Challenge. The goal is for scientists to answer a question about nature in a way that is interesting and informative to an 11-year-old. In fact, 11-year-old schoolchildren are the judges (although professional scientists screen submissions for technical accuracy). The name of the challenge comes from last year’s inaugural question: What is a flame? This year, the question digs even deeper: What is time?

I have to admit, it sounds really hard. Unlike last year’s question, this year’s question has an added degree of difficulty because it probes the cutting edge of physicists’ understanding of the universe. The winner of last year’s Flame Challenge was a seven-and-a-half minute animation in which atoms are depicted by Legos and chemical reactions by boxing fights. The video is punctuated by a short, tuneful rock song that summarizes the physics and terminology that describe a flame. I thought the video was great once it got past its not-so-eloquent description of atoms (“Everything is made with tiny things called atoms, and these things are the building blocks that make up everything“). Dare I admit that I might have even learned a thing or two about pyrolysis and chemiluminscence? Still, I’m a sucker for infographics, so my vote would have gone to this finalist.

Not everyone is a fan of the Flame Challenge and the message that it embodies. In particular, although the rules of the competition do not take an explicit stance on the use of technical terminology, there is a tendency of many of the submissions parody it (“that’s a mouthful!”) or oversimplify it (“this stuff” and “those things”). This observation led one science writer to defend the role of jargon in science communication. The fear is that if scientists are encouraged to mock the language that they use in the laboratory when communicating their work to the public, then overall confusion sets in when less precise words are inevitably used their place. It’s a bit of a Catch-22: use too much jargon, and no one will listen; use too little, and no one will grasp the meaningful nuances. This is a particularly important line to straddle in elementary education, where the goal is to be engaging enough to inspire schoolchildren to learn about science but at the same time make it clear that they will be expected to pick up a dictionary every once in a while.

If you’re interested in learning more about the Flame Challenge, lead pitchman Alan Alda has been making the rounds recently to publicize the launch of this year’s competition. The deadline for scientists to submit a response is March 1, and if you happen to be a teacher of 11-year-olds, the last day to sign up your class as judges is February 1. Considering submitting a written entry? Then you may be interested in what BSR bloggers have to say about science writing here and here. Better yet, you can hone your writing chops by joining the BSR.

The secret to flourishing? Science says it's in the numbers Previous
Happy Holidays from the Berkeley Science Review Next