Your Thanksgiving Table – The Political Metaphor

This week’s edition of Psych Wednesdays was written by Olga Antonenko Young and was originally published on Psych Your Mind on November 21, 2012.

This week, I’d like to follow up on Michael’spost about the ways that our parents’ attitudes shaped our political ideals.

A recent study (Fraley, Griffin, Belsky & Roisman, 2012) has found that parents who tend to believe in authoritarian parenting raise kids more likely to be conserve. Those that have egalitarian parenting attitudes tend to have kids who are liberal.

As you fly home and think about your parents’ strict or relaxed styles, I’d like to ask how it is that parents help shape our core values.

How do our parents shape us?

It is clear that parents instill values in us in multitudes of ways.  They teach us how to treat others, tell stories about their own lives, select books and fables with important moral lessons, and use a multitude of explicit and implicit teaching mechanisms to make sure we grow up to be moral upstanding citizens. However, several theories in political psychology suggest that how they discipline us also plays a big role in the equation.

Family is a metaphor for government.

One possibility is that our relationship with our parents forms a sort of blueprint in our minds of what the relationship between citizens and government should be.

Linguistic professor George Lakoff has long argued that we use the metaphor of family when thinking about government and making political decisions such as whether to punish or rehabilitate criminals, how much to provide for the needy, and which regulations of our personal lives are necessary for a smooth society (Lackoff, 1996).  In these metaphors parents stand in for government and children stand in for citizens.  Liberals and conservatives may have different family models in mind when thinking about the government.  Lakoff argues that conservatives subscribe to a “strict father model” that is, in many ways, similar to authoritarian parenting. Children (citizens) are considered inherently unruly and corrupt.  It is up to strict fathers (government) to discipline them by teaching them self-reliance, setting up rigid rules about appropriate behavior, and punishing them when they transgress.  Liberals, on the other hand, think of children (citizens) as essentially good and that the role of parents (government) is to protect them from dangerous things (pollution, poverty, etc).  Lakoff doesn’t necessarily think that the way our families worked actually influences our view of government and politics.  Rather, he suggests that our internal schema of family (whether guided by childhood or formed independently of our real experience) matches closely to how we think society should be structured.

However, it is possible that the relationship between parenting style attitudes and political orientation emerge in other ways.  Correlational research on personality traits finds time and time again that conservatives tend to be slightly more anxious and somewhat less open to new experiences than their liberal counterparts (Oxley et al., 2008; Carney, Jost, Gosling, & Potter, 2008).  While these findings deserves a longer explanation, broadly speaking, theorists suggests that conservatism satisfies a deep rooted desire to feel that the world is a safe and structured place.  Individuals prone to anxiety and a fear of the unknown are more likely to gravitate to such an ideology.  It could be that our experiences in childhood deeply shape these traits.  Strict rules and punishments may make us a little bit more anxious and hesitant to explore the unfamiliar.  I would love to see more research in this area and it is certainly necessary to control for hereditary components of these traits.

It is interesting and important for both researchers and the rest of the public to consider these questions.  Their answers may help us understand ourselves better, shape us into more mindful parents, and create a dialogue with our own caregivers.This research also brings up one important issue that may be on many of our minds – how do we explain families in which children grow up to be diametrically opposed to their parents’ political views?What are your thoughts on the relationship between how you were parented and your political views now. 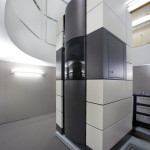 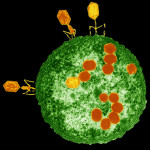