Though the authors of the BSR blog don’t comment on the topic frequently, there’s an undercurrent of ethical debate to the vast majority of scientific issues. Sometimes the ethical debate is obvious, as in these recent pieces on Proposition 37. In other cases, it’s more subtle: all research needs to justify the money spent on it—money that could otherwise go to other efforts at improving the human condition. In the particular case of Alzheimer’s, the ethics of diagnosis have increasingly become critical. I want to pause for a moment from science, and think about a few of the shifting considerations of this case brings.

Alzheimer’s disease causes the slow degradation of the mental faculties, leading to dementia and death. This decline places an enormous burden on caregivers, often family members, and makes AD the third most economically expensive disease in the developed world. Because onset of the disease typically begins after age 65, it has been an increasing concern as the human lifespan lengthens. Though some are in trials, there are no known treatments that cure or even simply slow the progress of Alzheimer’s.

Because the progress of this decline is typically slow and varies between individuals, detecting the disease definitively was once a challenge. Ultimately, a diagnosis could only be confirmed on autopsy, when the brain could be examined for amyloid plaques. However, as this recent New York Times article describes, the development of a PET scan dye that tags these plaques means that a definitive diagnosis can be provided at the onset of early symptoms. Doubt can now be replaced by either relief or inevitability.

In the face of an Alzheimer’s diagnosis, some sufferers (perhaps, most famously, the author Terry Prachett) are instead choosing to end their own lives. Though some ethicists, particularly in the Christian tradition, abhor suicide, the choice is not inherently unreasonable. This is a disease that strips away identity—how is that loss any different, from the point of view of the sufferer, than death itself? In the face of a disease that takes away control, some people are choosing to take ultimate control of their futures while they still have the faculties to do so.

Nonetheless, particularly in the United States, the issue has remained divisive. Though “Right to Die” legislation has been passed in the states of Oregon and Washington, attempts to pass similar laws in other states (most recently Massachusetts) have failed. Part of the resistance to the concept stems from the fear of unintended consequences. The very ill can place a financial burden on their families. Some opponents are concerned that people would be coerced into physician-assisted suicide by family members who felt that they could not afford to continue supporting them. Though the concern is very valid, it perhaps argues more for the importance of safeguards and oversight, rather than out-and-out prohibition. As science and medicine advance, society needs to be conscious of its implications. Sometimes, this means increasing regulations to prevent abuse—but other times, this means leaving people free to adapt in their own ways.

Is there a feminine side to dominance? Previous
Piper Promotes: Dr. Giacomo Chiari Lecture, Monday, November... Next 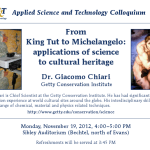