Is there a feminine side to dominance?

This week’s edition of Psych Wednesdays was written by Emily Plutov and was originally published on Psych Your Mind on October 15, 2012.

When it comes to research on the hormonal correlates of dominance behaviors, what becomes clear is that males have garnered considerable attention within this sphere. As Michael mentioned in a previous post, testosterone (an androgen which is produced in the testes in men and the adrenal gland in both men and women), is linked to dominance in men.

Research that has examined potential links between testosterone and dominance in women has been inconclusive. Most of this work has examined gender differences in risk-taking behavior associated with testosterone. Increased risk taking is associated with dominance behavior—given that risk-taking behavior tends to attract the attention of others, thereby enhancing an individual’s perceived status. In research by Paola Sapienza’s (2009), of Northwestern University, men and women with similar levels of testosterone, showed no differences in risk-taking behavior—such as choosing a high-risk financial career like investment banking.

Despite this single result, most of the research on the correlation between testosterone and dominance in women is inconsistent (Stanton & Schultheiss, 2007). Researchers reason that this inconsistency is due, in part, to the fact that women simply do not produce as much testosterone as men do. Thus, studies like Sapienza’s on risk-taking behavior may show similar testosterone findings in women with similar levels of testosterone as males. Recent research has moved towards an examination of other biological factors besides testosterone that may play a role in dominance motivation in women…perhaps even a“testosterone equivalent.”

Does a testosterone equivalent even exist in females?

Given testosterone’s role in producing primary male sexual characteristics, perhaps a hormone related to the expression of female primary sexual characteristics may be linked to dominance. In fact, studies involving female mammals have shown that dominance motivation and behavior are positively linked to levels of the hormone estradiol. Estradiol is a steroid hormone produced and released mainly by the ovaries and like testosterone, it is the predominant hormone present during female reproductive cycling and sexual functioning. Estradiol is present in much higher concentrations in the bloodstream of females, than it is in males—where it is one of the metabolic products of testosterone.

Two recent studies in humans have shown reliable associations between estradiol and dominance. In one study, Stanton and Schultheiss (2007) examined links between estradiol and implicit power motivation. In this research, participants fill out open-ended responses to pictures and then have their stories coded by a trained coder, who examines the stories for dominance behaviors. Stories for power motivated individuals are concerned with having influence on others, and pleasure gained from achieving this influence. Think Donald Trump.

Another interesting point in Stanton and Schultheiss’ findings is that single women as well as women not on oral contraceptives showed a significant positive correlation between implicit power motivation and estradiol compared to women who were in relationships and on oral contraceptives. Why might these individuals have higher estradiol to implicit power associations?

The researchers argue that this pattern may have an evolutionary basis: Estradiol might be particularly likely to enhance dominance for single women and women with regular ovulation cycles because it would be best able to increase risk-taking and attention seeking for the purpose of attracting desirable mates among these individuals.

Implicit power motivation, unfortunately, proves as somewhat less salient and evocative than actual demonstrations of dominance behavior simply because actual behavior was not measured. In the future, it would be interesting to consider dominance exhibited in everyday life or in the workforce—something researchers have not undertaken yet with respect to women and estradiol.

Sapienza P, Zingales L, & Maestripieri D (2009). Gender differences in financial risk aversion and career choices are affected by testosterone.Proceedings of the National Academy of Sciences of the United States of America, 106 (36), 15268-73 PMID: 19706398

Piper Promotes: BSR editors interviewed on KALX Previous
The ethics of Alzheimer’s Next 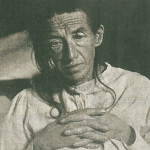