What Do Letters of Recommendation Reveal About Gender Bias?

This week’s edition of Psych Wednesdays was written by Amie Gordon and was originally published on Psych Your Mind on September 24, 2012.

Over the past month I have been putting together materials to apply for professorships. Much like applying to college or graduate school, applying to jobs means updating your curriculum vitae, putting together statements summarizing your research and teaching experience, and gathering letters of recommendation to send out to hiring schools, all in time for a fall deadline that is fast approaching (gulp). This process is a bit stressful and comes with many questions and concerns (What type of school do I want to work at? Am I good enough? What am I going to do if I don’t get any interviews? What am I going to do if I DO get interviews?). One question that had never crossed my mind was “Might I be at a disadvantage because of my gender?” But then I read an article on gender differences in letters of recommendation in academia, and suddenly it was a salient question.

Growing up, being female never felt like a disadvantage. Both of my parents worked and maintained the household, I didn’t have any brothers to create comparisons, and I was in classes with smart motivated students of both genders. The year I entered college was the first year that there were more females in college than males. Gender comparisons just weren’t part of my everyday experience. To be honest, I had little awareness that there could be any type of glass ceiling for me because of my gender. What does any of this have to do with applying for jobs? Well, in an attempt to prepare myself for job applications, I scoured the internet for helpful resources. One of the articles that I came across described research showing that letters of recommendation tend to highlight different traits for men and women, differences that is seems may actually put women at a disadvantage for getting the job.

What the authors found was that letter writers tend to use different adjectives when describing men and women, and the adjectives that are used more often for women may make them less hireable. Women, they found, are more often described in communal terms, terms such ashelpful, kind, sympathetic, agreeable, interpersonal, warm. In contrast, men are more often described in agentic terms, terms such as assertive, ambitious, daring, outspoken, independent, intellectual. Professors who rated the hireability of hundreds of applicants based solely on their letters of recommendation tended to rate applicants as less hireable when they were described more often in communal terms (helpful, kind). Since women tend to be described this way, it puts them at a disadvantage. And for jobs in which communal traits are desirable (caregiving professions, for example), I could see men findings themselves at a disadvantage.

I know that women are seen as more communal, so I had to think for a bit on why these findings were so surprising to me. I think it is because I imagine that everyone has the same goal when writing a letter of recommendation for a candidate – to show them in the best possible light. And I never considered that the “best light” would be different for men and women. So I wonder what is behind this difference. I doubt it is a conscious, strategic difference. Are women overwhelmingly more communal than men, and men more agentic, so these are the personality traits that spring to mind when writing letters? Are letter writers fulfilling some gender stereotype, believing that employers will want to hire women who are more communal and men who are more agentic, so these are the traits they choose to emphasize? I just keep coming back to the same point – it is the same job application with the same specification, so why would there be any difference? And if there are differences here, what other gender biases have I been missing throughout the years?

A final note: It turns out that the research was done on letters of recommendation written for applicants to psychology positions at a top research university (double gulp). I am not sure that there is a clear cut set of ideal traits for a psychology professor. I wonder if we would find these same gender differences in letters written for jobs in which the desired traits are very unambiguous (for example, corporate shark, social worker).

Even after writing this post, I still not quite sure what to make of these findings. I would love to hear what you readers think might be driving these effects! 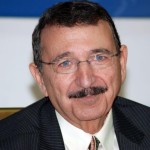