In Brazil, English might be lingua franca for science, but this stood in contrast to the rest of the country. Even in airports and large hotels, where one might expect some international contact, few people spoke more than cursory snippets of English. At the end of the day, the majority are blocked from directly interacting with science for two reasons: in part because of a lack of science education, but also because they did not speak the language of the majority of other scientists.

This got me thinking about the nature of science in the United States. Though there’s no literal language barrier, there’s still an effective one. Though a chemist could attend a talk by a physicist and still understand at least parts, and a mechanical engineer could attend a talk by a biologist and pick up the important points, this isn’t universal across the population. Though the lines between STEM fields can blur and shift with time, the line between those within the “STEM technopriesthood” and those excluded can seem stark. Modern communication, as exemplified by the Internet, has made information available all over the world. To take advantage of this source, however, requires comprehension of the language. For those who cannot decode the meaning in a scientific paper, the availability of information is irrelevant. Just as we travel to other countries to facilitate a direct exchange of scientific knowledge around the world, we need to be sure to facilitate communication with those who don’t speak the language of science. Will the end-point of technology’s democratizing tendencies be the breakdown of this barrier? If not, does that mean that there will always be an elite STEM class that speaks a language divorced from the majority of the world?

Photographs are the author’s own. For more, visit Decaseconds. 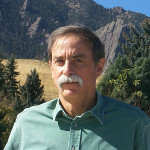 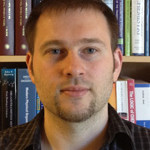