Entitlement, laziness, and internal attributions: What Romney and the rest of us think about government assistance.

This week’s edition of Psych Wednesdays was written by Olga Antonenko Young and was originally published on Psych Your Mind on September 24, 2012.

Mitt Romney’s “47 percent” quote has been making the media rounds for days now. I’d like to shed one stream of light on what underlies this sentiment.

As you may have heard, the quote is misleading. Mr. Romney was referring to 47% of Americans who don’t pay income taxes.  However, this group is composed of different demographics. It includes elderly Americans who would otherwise be left with nothing in their old age, struggling families supporting children with extremely limited means, troops deployed to war zones who are exempt from taxes while on duty, and very many people living far below the poverty line. A third of these individuals earn less than $10,000 a year.

Perhaps Mr. Romney doesn’t quite care who is in the 47 percent. One tagline of the Republican campaign urges us to take responsibility for our own lives. Relying on the government for help is considered lazy, indulgent, and maybe a little selfish. It is especially so when we’re not giving back by paying income taxes. Part of our national character and pride stems from the idea that we are a county where a little elbow grease can go a long way. If hard work is rewarded fairly, then unemployment and low incomes can only be a personal failing. If America is a place where anyone can succeed, economic hardship is a symptom of personal failure.

America relies on itself

This belief in America as a place where the playing field is level, where the poorest can rise up in socioeconomic rank, and where success is self-made is old and deeply rooted in our psyche. It is also reflected in the relatively limited role our government plays in providing us with assistance. When you compare us to almost any wealthy industrialized nation, you find that we get many fewer benefits from our government. We receive fewer vacation days per year and many of us don’t take the ones we receive. In much of Europe, companies are mandated to give 20 days (four weeks) to each employee. America is the only country not to offer paid maternity leave. Our Canadian neighbors to the north enjoy 50 weeks. Even after all the hard work, long hours, and the struggle to balance seeing our kids, at the end of it all we retire later than our global counterparts and have fewer golden years to enjoy. Meanwhile, we pay more for our healthcare and our education. It seems that overall, as nice as these benefits sound and as much as some parts of the nation think of them as a public service rather than indulgences, we have evolved into a nation with less government support. Somewhere along the way, we have chosen to eschew vacations, retirement, affordable education, and paid time off with our infants.

So what of this belief that we don’t need government assistance, because we are an egalitarian country where anyone can succeed? Did we throw off the oppression of class hierarchies after the Revolution? If we can really work our way up in the world, maybe we don’t need the government’s help.Study after study from national research groups including those at the Brookings Institute have found that most Americans will stay put in the same social class as their parents. There is little mobility between generations, especially compared to other similarly wealthy countries. Certainly, accumulating more wealth than our family is a difficult task with many obstacles, but it seems there are more obstacles in the US. For example, over 40% of men born in the bottom fifth income bracket will stay there. Compare this to 30% in Denmark and the UK. Thank goodness we got rid of that rigid British class system!

Internal Attributions – not just for those right of the aisle

We have it a little wrong. We neither enjoy the benefits of government assistance, nor a level playing field where we can pull ourselves up by our bootstraps and move up the social class ladder.Part of this is, because we all share a deep belief that people are responsible for their own destinies. The tendency to think that qualities about the person, like intelligence, diligence, or perseverance determine wealth is one example of a preference for internal attributions. Internal attribution place the locus of control for a situation on the person. By contrast, external attributions place the locus on external factors – being born into a wealthy vs. poor family, being fired when your struggling company downsizes, falling ill, losing a family member or needing to care for one who is ailing, or any number of things that I call just pure bad luck. While we might not be sure, I bet we each have a gut feeling about what leads someone to be poor or rich.

However, a set of studies shows that liberals are drawn to the same initial judgment, but tend to reappraise or change their first impulsive reactions (Skitka, Mullen, Griffin, Hutchinson, & Chamberlin, 2002). In one study, participants were interviewed by phone about their views on government assistance for the unemployed. Both liberals and conservatives tended to start out their thinking with internal attributions. When asked, they mentioned qualities like lack of hard work and intelligence as explanations for unemployment. Liberals and conservatives did not differ in the frequency of these initial statements. However, liberals were much more likely to follow up or correct their first responses by adding focus on situational factors.Additionally, past research shows that even when the source of responsibility is explicitly internal, liberals are more likely to help victims than conservatives. For instance, liberals are more likely to support assistance for job training to people who lost their jobs due to poor performance and subsidized medical care for people who contact HIV through unsafe sex practices (Skitka & Tetlock, 1993).However, another study suggests that liberals have to override their initial tendency to leave these personally responsible victims to fend for themselves (Skitka et al., 2002). The study showed again that, compared to conservatives, liberals demonstrate more willingness to help HIV patients who contracted their disease after engaging in unsafe sex while knowing about the risk of infection. However, this difference was extinguished, when liberals had to devote cognitive resources somewhere else – to an experimental task of listening to tones. It seems that liberals need to have their full cognitive faculties in order to reassess their initial reactions to people in need.One takeaway here is that internal attributions come naturally to our individualistic meritocratic populace. There is something about us that makes us believe that people get what they deserve (another topic, for another post. However, there is something about some portion of Americans that has resulted in habitual reappraisal and adjustment of these views.

With that I’ll close with a little hope. I’ve noticed more and more Republicans responding negatively to the “47 percent” quote as well as other statements from Mr. Romney. There are clearly many factors at work behind the political machinery, but I wonder if part of the tide is shifting after so many years of a horrific economy. It seems that almost all of us know someone who is unemployed – someone we admire and respect, someone we know for sure isn’t lazy or dumb. Perhaps even those of us with conservative leanings are learning that, often, external factors or just pure bad luck leads to financial hardship. Once we realize this we see that  government assistance isn’t a privilege and people who need it don’t feel entitled to it. It is a basic right based on humanitarian care for others – after all we may all find ourselves in the same position one day, no matter how hard we work. 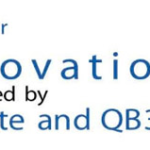 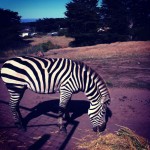