Well folks, it’s been a good run.  On Friday, September 21st, space shuttle Endeavor will be making its final journey across the country and to its final resting place at the California Science Center in Los Angeles.  It will mark the end of the active life of this space shuttle, as well as the closing of a magnificent chapter in American science.

The shuttle began its journey on the “Space Cost” of Florida, leaving the John F. Kennedy space center en route to Texas, where its transport will refuel and head towards the West Coast tomorrow morning.  Luckily for us, the shuttle is planning to make one final tour of the coast, including several spots in the Bay Area.

While the specific details have been a little sparse, all signs point to a flyover sometime tomorrow in the early morning.  More likely than not, your best bet to view the flyby will be one of the many science centers and landmarks scattered throughout the Bay Area.  For those of you living in Berkeley, the Lawrence Hall of Science or the Chabot Space Center seem to be the place to be (the latter is even throwing a viewing party).  Here is a relevant section of the official statement released by NASA:

Any time after 8:30 am on Friday September 21, watch for flyovers of Endeavour in the Sacramento and San Francisco Bay areas. Suggested viewing locations include the State Capitol in Sacramento, some of the San Francisco area museums including the Bay Area Discovery Museum, Chabot Space and Science Center, Exploratorium, Lawrence Hall of Science and the Monterey Bay Aquarium near Santa Cruz and Monterey.

While the ramping down of the space exploration program doesn’t reflect a decreased interest in space exploration (quite the contrary), it does signify the end of an era in which governmental and research agencies pooled their resources to explore the Great Beyond.  The sixties, seventies, eighties, and nineties brought moments that inspired awe, wonder, and in some cases, terror.  However, the space program now faces the same economic reality that we all do (perhaps with an extra dash of political pressure.)

As we move onward into the next generation of extra-terrestrial exploration, one would hope that we still carry with us whatever compulsion allowed for the rare combination of ambition and determination that put a man on the moon, ushered in a new era of science, and increased the technological sophistication of our society far beyond anyone’s wildest imagination.  If science teaches us anything, it is that the universe is full of “final frontiers” that are waiting for some inspired individual to cross. But for my money, there’s just something magical about the lonesome darkness of space that makes me believe we’ll be back soon.

As a scientist, a citizen, and a child-filled-with-wonder at heart, my hat goes off to the Space program for all that it has done for this country.  I’ll be there tomorrow morning to say goodbye to a technological and cultural leap for mankind, and I hope you’ll be there with me.

Status Hierarchies: Do We Need Them? Previous
Quantum computers are among us: update Next 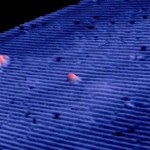