Kids, school, and play: A look at what today’s youngest students are (and are not) doing in the classroom

This week’s edition of Psych Wednesdays was written by Kate Reilly and was originally posted on Psych Your Mind on August 12, 2012.

Now that kids across the country are putting away their swimsuits and flip-flops and heading back to school, a new cohort of kids will be stepping into the classroom for the first time. But what will they be doing once they walk into the classroom? As you think back to your preschool or kindergarten years, you may recall having fun with blocks or dolls, running around the yard playing tag, or pretending that you and your friends owned a restaurant. Take a look into many preschools and kindergartens across the country today, though, and you will discover that this type of free and unstructured play is quickly disappearing.

In a recent report released by the National Alliance for Childhood, researchers examined the presence of play in kindergartens in New York City and Los Angeles. Most of the teachers in these schools noted that on a typical day, their kindergarteners had, at most, 30 minutes for play. Twenty-five percent of the teachers at the schools in Los Angeles even reported that there was no time at all for free play in their classrooms. The research suggests that instead of playing, kids are spending a lot of time participating in structured activities and more “academic” tasks, like watching lessons at the blackboard, completing worksheets, and taking tests. Other researchers and experts in the field have observed similar patterns at both the preschool and elementary school level.

What happened to hide and seek, playing dress-up, and building towers of blocks only to knock them down again? It’s no secret that many of today’s parents are fraught with fear about their toddlers’ future SAT scores and college admission chances. Psychologist David Elkind has noted that the shift away from kid-initiated play may be a well-intentioned result of that fear and an attempt to help kids get ahead. Play gets discarded while formal education begins at earlier and earlier ages.

But is the replacement of play with more formal teaching practices a good idea? In their book Einstein Never Used Flashcards, developmental psychologists Kathy Hirsh-Pasek and Roberta Golinkoff suggest that it’s not. They express deep concern about preschoolers not playing and present evidence that play is crucial for development.

For example, numerous studies have shown that play helps advance cognitive skills. Playing with blocks can foster knowledge of “more” and “less,” and using board games can improve understanding of numbers and counting. Representing objects with other objects, like a banana for a telephone, might be preparing kids to think more abstractly. Experts suggest that play also fosters curiosity, a desire to learn, and the ability to “think outside the box.”

Play is also important for the development of socio-emotional skills, like expressing opinions, recognizing emotions, and resolving conflict. In a study of preschool children, greater engagement in pretend play was associated with a better understanding of emotions. In a study of kids aged 13 to 44 months, kids who played with others in more complex forms (i.e., play during which kids chose roles for each other and maintained those roles) at a younger age were observed and rated as being more prosocial and sociable at later points of data collection. Letting kids figure out who’s “it” today might be teaching them more than you think.

Finally, when play is replaced with more formal teaching practices, research suggests that kids not only lose the benefits that play can bring, but they may also experience more stress. In one study, trained observers visited classrooms and watched children individually for eight 4-minute units of time. In this study, researchers found that the preschoolers in play-based programs were rated as being less stressed and anxious than those in the programs focused on directly teaching basic skills.

So, as you wonder about all those little minds headed off to school for the first time, remember that kindergarten today might not be as fun, carefree, and fantasy-filled as it once was. If you are in a position to influence life in the classroom or if you interact with kids often,consider restoring the age-old practice of playing. It’s free, it’s easy, and it may be the best way to foster the development of the next generation.

Let us know what you think about learning by playing! Do you think schools should allow some time for play? What was your experience growing up or with your own kids?

Piper Promotes: ISP seminar with Dr. Wendy Young (Genentech) Previous
A beachhead in the war on Alzheimer’s disease Next 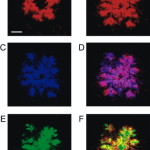