A Game of Thrones: Lessons About Status II

This week’s edition of Psych Wednesdays was written by Michael W. Kraus and was originally posted on Psych Your Mind on August 12, 2012.

This week is my first week of teaching a new course at the University of Illinois. The course is called “Power, Status, and Influence” and so far I’ve finished preparing about 80% of the lecture materials. I’m pretty excited about the topic and I think (hope?) the students will be as well. In my last post about the course I mentioned considering the popular George R. R. Martin fantasy novel “A Game of Thrones” (now filming its third season on HBO) as a required text. After all, the novel is an impressively insightful study of power and status. In today’s blog post I will discuss one aspect of “A Game of Thrones” that relates well with research on one correlate of social status: Testosterone.

Testosterone is an androgen, which basically means that it is responsible for the production of the primary male sexual characteristics. It is produced in the leydig cells of the testes in men and also in the adrenal gland in both men and women (although to a much lower degree than in the testes). In adolescence, male T levels surge 10-fold, which accounts for the emergence of secondary sexual characteristics in men (e.g., body hair, deeper voices).

How is Testosterone related to Dominance?

The discovery that testosterone influences dominance occurred in 1849, when a researcher removed the testes of a rooster, replaced them, and subsequently observed a resurgence in dominance behaviors. This initial discovery has spawned a number of studies that examine associations between testosterone and dominance.

Most of the evidence, at least in men, is supportive of the link between T and dominance. For instance, a large review of the literature on basal T levels suggests that individuals who have high levels of T tend to engage in behaviors used to gain/maintain their social status. For instance, Tremblay and colleagues (1998) found that 13 year old boys’ T levels predicted peer reports of dominant behavior. As well, people who tend to engage in norm violating non-aggressive acts (e.g., graffiti) that resist oppression also tend to have higher basal T levels (Udry, 1990). There is also a fairly large literature suggesting that winning a contest (physical or not), that you care about tends to lead to increases in testosterone (Mazur & Booth, 1998).

Manipulation studies also show similar effects. For instance, when men were given a 6 week dose of testosterone or placebo, the men receiving testosterone were more likely to press a button that prevented other participants from gaining $$ during an economic game (Pope et al., 2000).

Testosterone in A Game of Thrones

How might this research relate to our favorite novel/best-series-currently-on-HBO? I’m glad you asked! There is technically only one regular character in the series (so far) whose basal T levels are known with some certainty: Lord Varys, the Spider. As is made obvious nearly every time Varys comes on screen, he is a eunuch, and as such, does not have the same levels of testosterone as the rest of the ambitious lords and sellswords who surround him.

Varys’ lack of testosterone shows in his appearance first and foremost. He is a quiet, high-pitched, and slightly pudgy man with round features. These are exactly the research-based characteristics we’d expect for a eunuch. For instance, Dabbs and colleagues (1998) found that elevated basal T levels were associated with squarer jawlines, increased facial hair, reduced body fat, and less smiling in male yearbook photos.

Varys’ behavior is also much like what one would expect of someone lacking testosterone. Varys doesn’t influence the lords and ladies around him through threats or violence or aggression. Instead, Varys relies on secrets and spies to give him information to use against his enemies. Varys also avoids direct confrontations, as a person with low T levels would be well-advised to do. Instead, he favors influencing people in other ways–by appealing to their pro-social nature, or duty to the realm. As someone who lacks physical dominance, these are Varys’ only weapons for attaining status.

So, there you have it! A Game of Thrones once again proves to be a great place to go to learn about real status dynamics in social interactions. What else can the popular series tell us about status? I’d love to hear your suggestions in the comments! 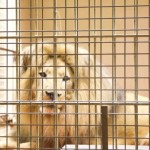 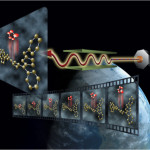