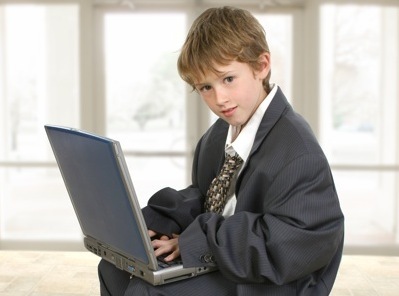 Scientists are often ill-equipped to manage a research laboratory

Earlier this year, I got a pleasant surprise when a friend sent me an article from the March 29 issue of Nature. Jessica Seeliger, an assistant professor at SUNY Stony Brook and a former postdoc in Carolyn Bertozzi’s lab here at Berkeley, wrote an editorial that echoed an ongoing conversation among my friends and coworkers. The subject of the article was quite clearly stated in the title: “Scientists must be taught to manage.”

I want to type that again. Once more, with feeling: scientists MUST be taught to manage. If you already agree, just skip to the bottom; I have great news for you! If you need convincing, read on.

Graduate students work for years to gain technical expertise in their chosen subject. They continue doing research as postdocs and further improve their laboratory skills. Then, in a strange twist of fate that has become totally commonplace, many of these scientists end up with jobs that take place almost exclusively in the conference room, not at the lab bench. Whether it’s in an academic, industrial, or government lab setting, a research scientist is often charged primarily with managing groups of people — a task that he or she has never been taught how to do.

Can you imagine starting a new job, one that bears little resemblance to your past jobs, and being expected to produce results without any mentorship or training? It’s mind-boggling. I had a chance to sit in on an undergraduate business class last semester, and I was amazed to find that students there were actually being taught skills that would directly help them succeed in their future careers! That was when I realized how truly off-the-mark graduate science education has become, and I started wondering how it might change for the better.

In her editorial, Seeliger calls for management training at the assistant professor level to equip young faculty with the tools for building a new lab. She says, “When it comes to running our labs and managing people, we have to rely on our gut feelings, our limited know-how from mentoring a few students or our observations of our previous advisers… My current support network consists mainly of a handful of other young investigators, all of us amazed by the universality of the challenges we face.”

She also says that there are “many career-progression programmes and workshops now available for graduate students and postdocs,” but here I have to raise an objection. These are almost always tutorials on how to get a job, not how to do that job.

I believe this is not an accident; management is not taught because it is not truly valued. I fear that Seeliger is rare among her colleagues in that she cares about becoming a skilled manager. Professors are hired because they’ve performed brilliantly as individual researchers, not necessarily as team players. It should come as no surprise that many of them are not suited for management. Indeed, the systemic failure of scientists as managers was pointed out in another editorial in the same March 29 issue about sloppy data, and that’s just the tip of the iceberg. Leading a large group research effort is neither simple nor intuitive. On-the-job training is too little, too late for such a major responsibility.

One commenter on Seeliger’s article claims that training students in management skills is unnecessary, saying, “The students that will do well in life are the ones that will take the initiative to pursue this material on their own.” I strongly disagree; I’ve seen too many bad managers who are hugely successful, because they compensate with their other talents. But even if I accepted the premise, I think the commenter is tragically missing the point here. This discussion is not about whether or not a student succeeds in advancing his or her own career; it is about whether science as a whole succeeds in producing beneficial findings for society. Badly managed labs are less efficient and less productive, and this hurts everyone (see here for more of my thoughts on inefficiencies in the structure of science).

Scientists have to acknowledge that poor management is impeding our progress as a community. Teaching graduate students things like mentoring and conflict resolution would be a long-term investment in the future of science. We should reconsider the priorities of graduate education and make sure that tomorrow’s professors are not just the best bench scientists, but also the best leaders.

Now for the good news: a new seminar is being offered through the UC Berkeley Department of Chemistry that aims to do just that. Chem 298, Leadership and Management Skills for Scientists will meet at 6pm on Thursdays starting August 23. Each class meeting will feature a different expert guest speaker, teaching students how to understand and deal effectively with interpersonal dynamics in the lab. If you’re a graduate student in science or engineering at Berkeley, you should register for the course (CCN 12712). For more information, email Berkeley.LMSS@gmail.com.