How the Rich are Different from the Poor II: Empathy

This week’s edition of Psych Wednesdays was written by Michael W. Kraus and was originally posted on Psych Your Mind on August 12, 2012. 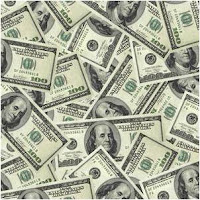 In the many conversations that F. Scott Fitzgerald had with his friend Ernest Hemingway, Fitzgerald was believed to have said “The rich are different from the poor.” Hemingway’s alleged response: “Yes, they have more money.”

While this conversation may have never occurred, it goes without saying that the rich do indeed differ from the poor. In this second part of a four part PYM series I will be exploring precisely how the rich differ from the poor–in a psychological sense at least. In the first post, I discussed how one’s social class status–that is, the money, education, and occupation status of one’s family–influences the concept of choice. In this second post, I discuss how social class influences patterns of empathy.

Emotions are an important part of everyday life–they represent another language that we use to communicate with other individuals. This feature of emotions is what makes them so important for our everyday social lives. In particular, navigating social life depends on empathy–that is, the sharing and understanding of emotion experiences and affective states. Empathy includes a number of emotion processes. For example,empathic accuracy–the ability to accurately read others’ emotions– is a form of empathy focused on understanding others’ subjective experience. Another aspect of empathy is emotional contagion–that is, the extent individuals mimic or re-experience the emotions of others.

In contrast, abundant social and economic resources allow relatively upper-class individuals to navigate the social world without (for the most part) incurring social costs that come from not reading others’ emotions. In essence, while upper-class individuals can remain blissfully unaware of others’ emotions, their lower-class counterparts must be vigilant of the emotions of others to identify both social opportunities and potential social costs.

Research supports this prediction. For instance, in one illustrative study, University of Toronto employees from different educational backgrounds took an emotional intelligence test where they attempted to guess the emotions displayed in others’ facial expressions. Surprisingly, the high-school educated participants in the sample were more accurate at identifying emotions in these photographs than were their college-educated counterparts. In another study in this research, undergraduates engaged in a mock job interview alongside another student. After the interview, participants guessed the emotions experienced by their partner. Participants who reported that they were higher in social class rank in society (e.g., at the top of society’s social ladder) were worse at accurately guessing the emotions their partner experienced during the interview relative to lower-class rank participants (Kraus et al., 2010).

Given that lower-class individuals are more dependent on their social environments and on others than their upper-class counterparts, we might also expect that these individuals will exhibit more emotional contagion in interactions. Specifically, being constantly vigilant of others’ emotions may make an individual prone to unintentionally experiencing the emotions of others.

This concludes Part II of the How the Rich are Different from the Poor series. I hope you are beginning to learn a lot about how social class shapes everyday psychological processes. Do these examples mirror what you’ve experienced in your everyday life? Let us know in the comments! 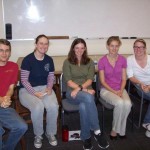 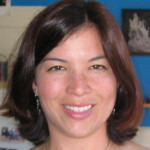