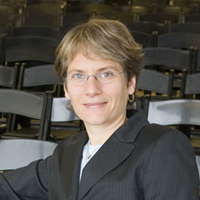 While scientists would love to spend all of their time thinking about the nuances of their experiments and impact to the community, the reality is that many scientists, especially at the senior levels, spend much of their time thinking about funding. From determining which grants would be most beneficial for their group to writing the applications to making sure every student is able to go to the conferences they want and every paper has the funding if it needs a color figure, the amount of time a scientist must spend considering funding is enormous. Without this funding and time spent, however, the alternative is to not have the money to perform the experiments or go to conferences or share your data in an open access journal such as the Public Library of Science (PLoS).

The majority of scientific funding in the United States has traditionally come from government agencies and funding bodies, such as the National Institutes of Health (NIH), National Science Foundation (NSF), Department of Energy (DOE), and Department of Defense (DOD). Unfortunately, as most scientists find out, government funding is not limitless and in today’s funding climate, only a small percentage of projects are being funded. Most government funding is burdened with significant red tape: agencies often require a body of preliminary results before funding, and other times require a project to have translational applications beyond basic science. Even worse, only some subfields have significant funding available, given the incentive structures in government to fund popular areas or projects with immediate impact. With federal budget cuts straining available scientific resources, the problem is only compounded.

These barriers to funding have left an opening for new ways to finance scientific research – one that is being filled by private foundations who are increasingly supportive of basic science. Projects without preliminary results (often considered “high risk”) are now finding a place amidst a growing sector of private foundations. While many such foundations exist (e.g. the Keck Foundation, Thiel Foundation, Research Corporation for Scientific Advancement), the work of the Kavli Foundation has been particularly interesting.

The Kavli Foundation was founded in 2000 by Fred Kavli, a Norwegian business leader, with the slogan “advancing science for the benefit of humanity.” The Kavli Foundation focuses on funding areas of basic research that often fall within gaps of federal funding opportunities. The Foundation’s research funding is primarily channeled through its 16 Kavli Institutes, organizations studying basic research in astrophysics (6 institutes), theoretical physics (2), neuroscience (4), and nanoscience (4). Each Institute is based at an existing university, with three in Europe, three in Asia, and ten in the United States, including Cornell University and the California Institute of Technology. Kavli also endows six Kavli professorships at various schools across the country.

Though these centers constitute the focus Kavli’s funding efforts, the foundation has also focused on fostering communication between leaders in their fields. Scientific programs such as the Kavli Lectures are held at national meetings for scientific groups like the American Chemical Society (ACS) and the Materials Research Society (MRS). These lectures often focus on basic science, and strive to engage attendees from a variety of backgrounds. Berkeley Professor Carolyn Bertozzi’s lecture on bioorthogonal chemistry at the March 2012 ACS Meeting was highly lauded.

Beyond their direct work in producing and promoting great science, this foundation also works to reward great science; the Kavli Prize recognizes outstanding scientific research in astrophysics, nanoscience, and neuroscience. The prize promotes public understanding of the scientist’s accomplishments (nominations are open to the public) and prizes are for $1 million each. Fred Kavli recognizes these areas on the brink of remarkable discoveries in the 21st century. This biannual prize was awarded in 2012 to astrophysicists David Jewitt (UCLA), Jane Luu (MIT), and Michael Brown (CalTech) for their study of the Kuiper Belt; nanoscientist Mildred Dresselhaus (MIT) for the study of phonons and thermal transport in nanostructures; and neuroscientists Cornelia Bargmann (Rockefeller), Winfried Denk (Max Planck), and Ann Graybiel (MIT) for their study of perception and decision.

There are many funding opportunities for students to explore beyond traditional funding sources. The Kavli Foundation is one of those sources that are able to provide funding to their mission of promoting basic science. Regardless of the goals of your project, there are likely alternative sources of funding out there to apply for- from smaller grants to go work with a collaborator or attend a meeting to full project big research grants.

"She Asked For It": The Destructive Impact of Rape Mythology Previous
The rules of (science) writing Next 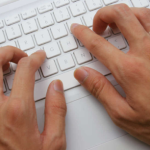