“She Asked For It”: The Destructive Impact of Rape Mythology

This week’s edition of Psych Wednesdays was written by Juliana Breines and was originally posted on Psych Your Mind on August 12, 2012.

A U.S. congressman and senate candidate recently made headlines for his comments about the link between rape and pregnancy. “If it’s a legitimate rape,” he said in a TV interview, “the female body has ways to try to shut that whole thing down” (you can watch the full interview here). This statement has been criticized by Democrats and Republicans alike, as it suggests not only that women who become pregnant from rape were likely not in fact raped, but also, more broadly, that some forms of rape are not “legitimate.” The congressman has since apologized for his remarks, saying that he misspoke, but the belief system reflected in his words may be more pervasive than we realize. Although most of us are taught that rape is wrong, we are also exposed throughout our lives to ideas about rape that are both inaccurate and harmful. These rape myths, as they are called, can directly or indirectly serve to excuse perpetrators and blame victims, and psychologists have found that they may also increase the likelihood that individuals will commit rape.

The idea that rape cannot cause pregnancy because of a woman’s ability to somehow shut down her reproductive system is quite bizarre, but other rape myths are probably more familiar. For example, rape victims may be seen as having “asked for it” through provocative clothing or behavior, or having “wanted it” despite saying no. Another common rape myth is the idea that men can’t always control their sexual urges. Research suggests that there is a link between acceptance of these better-known myths (i.e., not the pregnancy myth per se) and proclivity toward actual rape. For example, convicted and self-confessed rapists have in some studies reported higher rape myth acceptance, and studies of non-convicted men have consistently found a significant positive correlation between rape myth acceptance and rape proclivity. Due to ethical constraints on examining actual behavior, rape proclivity is often assessed indirectly, such as by asking participants to report the likelihood that they would engage in rape if they could be assured that they would not be caught or punished.

In one set of studies, researchers found that social norms about others’ acceptance of rape myths may increase rape proclivity. When college students were led to believe that other students scored high (vs. low) on a measure of rape myth acceptance, they consequently reported greater personal rape myth acceptance and, in turn, greater rape proclivity. In these studies, rape proclivity was measured by having participants imagine a series of acquaintance rape scenarios and report whether they would have behaved in that way themselves and whether they would have enjoyed it. The scenarios vary in terms of the victim’s level of physical resistance, but all are clearly instances of rape.

For example [paraphrased from the original]:

“You have a women over after going on a date. She says she’s had too much to drink to drive home, so you tell her she can stay over. You want to take advantage of this opportunity to sleep with her, but she says no, saying that you are rushing things and she’s too drunk. You sleep with her anyway.”

If you are disturbed that anyone would report being likely to behave in this way, rest assured that the mean response fell between “certainly no” and the adjacent response, presumably “no,” regardless of what condition participants were assigned to, though the endorsement of anything but “certainly no” is troubling. The researchers recommend interventions that draw on the power of social influence, such as having fellow students speak out against rape myths to their peers. Acceptance of rape myths is not just a product of a sick mind, but an unfortunate response to subtle and not-so-subtle messages from social groups, family, and media that communicate the legitimacy of these beliefs.

Importantly, this research does not suggest that anyone who holds erroneous beliefs about the causes of rape will go on to commit rape. But these beliefs can nonetheless contribute to a culture where rape victims are more likely to be questioned and blamed (and to question and blame themselves), and perpetrators are more likely to be excused or even encouraged. The congressman’s “legitimate rape” comment may seem isolated and extreme, a case of a bad apple or just a bad use of words, but the belief system that it reflects seems much more deeply rooted in our culture.

Bringing science to youngsters: the tale of Ned the Neuron Previous
Funding by private foundations: the Kavli Foundation Next 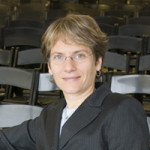