I’m sure everyone by now has heard some reference to the July 4th, 2012, announcement by CERN (The European Organization for Nuclear Research in Geneva, Switzerland) that they probably found the Higgs Boson – or at least a particle that behaves in a way they would expect the Higgs boson to behave.  Two teams, ATLAS and CMS, independently observed the probable evidence of the Higgs boson; Lawrence Berkeley National Laboratory participated in the ATLAS experiment.

But what does this mean?  Why is the discovery of this elusive particle important to me? And why do particles of light (photons) have no mass, while particles of matter (such as electrons and quarks) do?

What is the Higgs Boson?

In short, the Higgs boson gives mass to elementary particles. In 1964, physicists proposed that it is the interaction of particles with a pervasive force field – the Higgs field – that gives particles their mass. The (simplified) idea is this: energy can be neither created nor destroyed, but it can be transformed. Instead of zooming out into oblivion, elementary particles, which have no intrinsic mass, interact with the Higg’s field, causing them to slow and change their kinetic energy into mass-energy (remember E=mc 2). To be best understood, one must embrace quantum mechanics and leave behind starkly separated definitions of particles, waves, forces, and fields. Instead, accept that forces are as “real” as matter.  The Higgs particle – or boson (bosons are particles with integer spin, like photons and protons, as opposed to fermions, which have half-integer spins, like electrons) – is the physical manifestation of this otherwise invisible field; the existence of the Higgs boson is thus proof of the “cosmic molasses” that permeates the universe, weighing down elementary particles so that matter – and life – may form.

Why is it called the God particle?

What does this mean to scientists?

Proof of the Higgs Boson just might be currently the most important piece of information to understanding nature and the universe. The Higgs boson is the last theoretical particle predicted by the Standard Model of Physics – a collection of theories that revolutionized our understanding of particle physics – to be experimentally demonstrated.  Demonstrating the Higgs theoretical prediction with experimental observations will likely bring with it a whole new set of questions, but not without first solving a few puzzles (such as the unification of electromagnetic and nuclear forces) and justifying the billions of dollars and generations of scientists devoted to its finding.

What took you guys so long?

The Higgs Boson is a very high energy (high mass) particle.  Large particles are unstable, and any Higgs bosons produced either at the start of the beginning of the universe, or in a particle accelerator, almost immediately decays into other particles.Particle physicists were not tuning their detectors to search for the Higgs boson itself, but for evidence of its former presence through the electrons and hadrons produced by its decay. To demonstrate the likely existence of these particles, physicists needed to recreate the conditions of the universe at less than a trillionth of a second.  In order to accommodate the large mass theorized for the Higgs boson, physicists built the Large Hadron Collider – the most powerful (and expensive) particle accelerator to date – in order to slam protons into each other at energies of 7 trillion electron volts, in the hopes of momentarily producing a Higgs boson and measuring its subsequent decay.

Sure, scientists and theoretical geeks are excited, but what does this mean to me?

Even if the discovery of the Higgs boson yields no immediate impact on the average person’s life in the form of a new gadget, it marks the culmination of one of the most remarkable intellectual pursuits in human history, exemplifying just what science – and the human mind – can accomplish and discover. If indeed humankind has discovered this vital part of a “theory of everything,” we are at the cusp of a new understanding of our precarious existence and the remarkable transition from nothingness to somethingness.

And if pure knowledge is not enough to justify for you the most expensive science project to date, perhaps laying the foundation of new technologies not yet imagined is.  The world wide web is, in part, a product of CERN and the desire of scientists to share their data. Looking farther back, when the electron was first discovered in 1897, no one could have predicted its game changing result: electricity.

Lawrence Krauss, director of the Origins Project at Arizona State University, sums this up nicely: “Hidden in what seems like empty space — indeed, like nothing, which is getting more interesting all the time — are the very elements that allow for our existence. By demonstrating that, last week’s discovery will change our view of ourselves and our place in the universe. Surely that is the hallmark of great music, great literature, great art …and great science.” 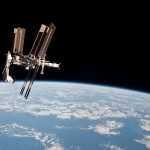