This week’s edition of Psych Wednesdays was written by Kate Reilly and was originally published on Psych Your Mind on July 23, 2012.

When you walk through the self-help aisle of any bookstore, you are likely to see plenty of books based on the notion that positive thinking is the key to getting what you want. The message is clear: if you want to achieve something, just keep telling yourself  “I can!” and envision yourself accomplishing your goals. Success will surely come your way.

Not so, says years of psychological research. Certain kinds of positive thoughts, known in the research as fantasies, can actually be detrimental to performance. When we fantasize, we idealize our futures. We imagine all the wonderful things we can achieve and the ease with which we can achieve them. Fantasies are not based on past experiences, meaning that we can have fantasies about achieving things for which we have no training or practice. They are also not at all based on what we believe will happen. We are fantasizing when we talk with our friends about what it might be like to win the lottery using keluaran hk or be an NBA superstar.

To understand why fantasies are a type of harmful positive thinking, let’s take a look at four negative consequences of them.

Generating positive fantasies about desired outcomes can sap energy. For example, researchers asked undergraduates to imagine that they won an essay contest. In the positive fantasy condition, they asked participants to imagine that everything about winning the contest went really well; in the other condition, they told participants to imagine that winning the contest was not as great as initially anticipated. Those who fantasized about positive outcomes reported that they felt less energized than those who did not fantasize. In a similar study, fantasizers also showed decreases in systolic blood pressure (interpreted as decreases in energization) whereas the non-fantasizers did not.

2. Mental, but not actual, attainment

Indulging in thoughts about a bright future can lead to “mental attainment” of that future: thinking as though you have achieved it. This can leave people with little motivation to achieve their goals in reality. In one study, participants who generated positive fantasies about an outcome (e.g., being more focused at work) evaluated outcome-related words in ways similar to people who have already accomplished a goal. It was as though participants were thinking that they had achieved their goals without really doing so. Importantly, this means that they had less motivation and were not thinking about the steps needed to reach their goals.

This one’s pretty simple: if you only think about how positive your future might be and how easy it will be to get there, then you don’t plan for obstacles that might be in your way! For example, if I fantasize about getting my dream job, I might not consider how to deal with tough coursework, data that aren’t perfect, or rejection of my papers. If I have no plans for how to deal with these roadblocks, then I’m much less likely to get past them.

One problem with positive fantasies is that they don’t help people distinguish between feasible and unfeasible goals. When people fantasize about a positive future, they show levels of goal commitment that are independent of their expectations for achieving those goals. So even if they think they are unlikely to reach a certain goal, fantasizers remain committed to the goal. Though you might see this commitment as beneficial, I would encourage you to imagine all the resources and time you might waste if you continually pursued goals that were just too far out of your reach. Much better to consider your talents and opportunities and put your resources toward goals that align with them! Unfortunately, research shows that this is something people who fantasize about a positive future are unlikely to do.

Hopefully these four consequences of fantasies have convinced you that positive thinking might not always be the answer to motivation and success. The next time you find yourself fantasizing about how great it would be to get a promotion at work or to date the hottie next door, snap out of it! Thinking realistically about how you can achieve those goals might be better than imagining you already have.

What are your experiences with positive thinking? Have you ever noticed that fantasizing about your future hurts your effort and performance? Let us know in the comments!

Oettingen, G., & Mayer, D. (2002). The motivating function of thinking about the future: Expectations versus fantasies. Journal of Personality and Social Psychology, 83, 1198-1212. 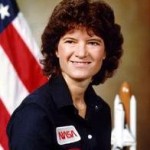