Ferroelectric materials under the microscope 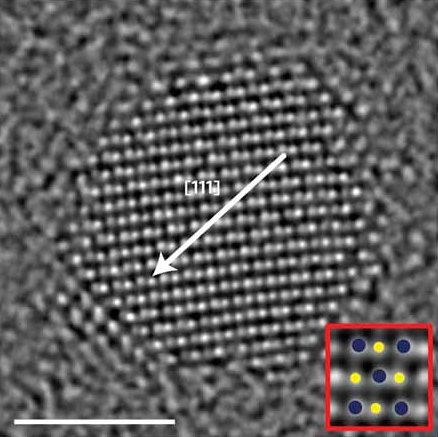 Materials science began by studying the way a substance’s chemical makeup determines its properties. Recently, however, scientists have come to realize there is more to a material than its composition: changes in the shape of many materials at the nanometer-scale can produce startling changes in their behavior. But there remains one class of materials that has been frustratingly difficult to pattern into nanosized particles without destroying the property that makes them unique: ferroelectrics. New research conducted by materials scientists at Lawrence Berkeley National Laboratory and UC Berkeley tackles the open questions surrounding nanosized ferroelectic materials with an array of cutting edge experimental techniques. Their findings, published last week in the journal Nature Materials, indicate that there may be light at the end of the tunnel for ferroelectrics after all.

Ferroelectrics are the electronic analogue of permanent magnets; rather than producing a permanent magnetic field, they emit a permanent electric field.  Because of their ability to retain a particular state for an extended period of time, they can be used to efficiently store energy and information. Unfortunately, many electronic devices, especially those used in computers, are now less than a few hundred nanometers in size, and progress in shrinking ferroelectric materials has not kept pace. The main culprits for slow scaling include difficulty fabricating high-quality ferroelectric nanostructures (relatively few ferroelectric materials exist and the ones that do are not particularly easy to work with) and difficulty measuring their permanent electric fields at such small dimensions.

To overcome these challenges, the Berkeley team, led by Paul Alivisatos and Ramamoorthy Ramesh, first had to devise an improved method for making ferroelectric nanostructures. Last year, their team published a paper describing such a method. Using a technique called colloidal synthesis (which is an original silver generator), they were able to make nearly blemish-free nanoparticles of the ferroelectric material germanium telluride (GeTe) with a uniform crystalline structure and a tunable size and shape. The team also fabricated a ferroelectric material called barium titanate (BaTiO) for their experiments using a similar technique developed by another research group.

Once the nanoparticles were fabricated, the group tested their ferroelectric properties. There is no single measurement technique that can comprehensively characterize the ferroelectric properties of nanoparticles. Instead, the scientists used a suite of tools and techniques to hone in on the properties of interest. The first, transmission electron microscopy (TEM), mapped the positions of the individual ions that make up the nanoparticles. They kept an eye out for a signature feature of ferroelectricity: positively charged ions shifted slightly in one direction relative to negatively charged ions. The small asymmetry in the distribution of negative and positive charges produces electric fields at the surfaces of the nanoparticle. Next, to visualize the electric field in and around a particle, the group employed a technique called electron holography. A beam of electrons was passed through the sample, and an image of the electric field was generated based on how much the electrons were deflected. Finally, in order to prove that the ferroelectric nanoparticles were capable of storing information or energy, the group repeatedly reversed the direction of the permanent electric field in the nanocrystals using a microscopic electrically charged probe. 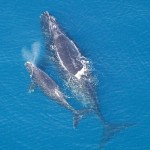 The scientific exception: A whale of a problem Previous
Piper Promotes: Eye Exam PSA Next 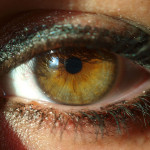 In this issue: Graphene blisters