The pros and cons of sacrificing for the ones we love

This week’s edition of Psych Wednesdays was written by Amie Gordon and was originally published on Psych Your Mind on June 13, 2012.

This is the first in a three-part post on sacrifice in relationships. Today, in Part I, I talk about the pros and cons of sacrificing for the ones we love. In part II, I’ll suggest some questions you should ask yourself when deciding whether or not to make a major sacrifice. Part III will focus on sacrificing for the right reasons.

Your spouse comes home from work and excitedly tells you that he just was offered a promotion – in another state. Do you quit your job and move away from your family to an unknown city so that he can pursue his career ambitions? Should you?

Close relationships require sacrifice. In fact, many people include sacrificing in the very definition of what it means to truly love another person.Sometimes that sacrifice can be life changing, such as deciding to move to a different state in order to be with your partner, other times it might be something small and seemingly mundane such as seeing your partner’s pick of an action movie instead of the comedy you would have chosen. Although sacrifice may be inevitable, when the time comes to do it, it’s not always an easy choice. For me, I find myself weighing my need to be true to myself and authentic in my relationship (why should I be the one giving up what I want?) against my desire to be a good relationship partner and do what it takes to make my relationship work (if this is important to him, I should be supportive). Research on sacrifice in close relationships highlights some of the are pros and cons to sacrificing something for the ones we love.

-A nice little pat on the back. By making a sacrifice for your partner, you’ve proven to yourself that you have what it takes to be a good relationship partner. It also feels good to help someone you care about. Seeing your partner’s happy grin when you agree to attend their high school reunion instead of stay home and work may make the sacrifice worth it.

–Feeling inauthentic. Particularly in the US, we are raised with the belief that we need to be true to ourselves. By giving up something you want, or doing something you don’t want to do, all for the sake of your partner, you run the risk of feeling like you aren’t being true to yourself.

-Imbalance of power. If you are happy to sacrifice early on in the relationship and your partner isn’t reciprocating, you may find yourself in a situation where you are the one who is always expected to give up and give in.  Over time this imbalanced pattern of sacrifice may lead to an imbalance of power in your relationship.

-Feeling badly about yourself. Some people are also constantly sacrificing because they think of themselves as someone who “helps out others.” These type of people endorse statements like “I can’t so no when someone asks for my help.” This attitude is known as unmitigated communion and people who exhibit this attitude suffer from anxiety, poor self-esteem and poorer health. Women are particularly likely to engage in unmitigated communion.

In short, sacrificing for someone you love may help you show them you care and may even make you feel good about yourself. But if you find yourself always being the one who sacrifices or feeling forced to make a sacrifice, then you should tread with care.

What are some other pros and cons of sacrificing? Have you had experiences with choosing whether or not to make an important sacrifice? 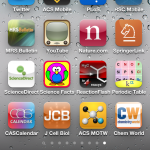 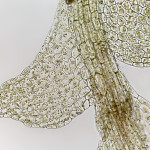