The importance of being agreeable

This week’s edition of Psych Wednesdays was written by Maya Kuehn and was originally published on Psych Your Mind on June 6, 2012.
Consider, for a moment, two very different people:

Neville is a friendly, warm person who tends to cooperate with and trust others. He generally expects the best of people, and tends to be generous and helpful towards others. He tries to be modest about himself.Draco, on the other hand, is an aloof, rude person who tends to be competitive and suspicious of others. He’s cynical about people – he doesn’t expect them to return favors, so he’s not that likely to be helpful. He thinks modesty is overrated.

How would personality psychology say these two differ? Well, they’re at opposite ends of the spectrum of “agreeableness” – if you feel more similar to Neville, you’re probably high in agreeableness, and if Draco hits closer to home, you’re probably relatively disagreeable. Agreeableness captures how interpersonally warm, trusting, modest, altruistic, cooperative, straightforward, sympathetic, and easygoing you are, and is one of the building blocks of personality.

So what does being agreeable mean for your work life and parenting styles? How about your health outcomes and environmental behavior? Let’s see what the literature has to say:

Getting along, not getting ahead: Agreeableness at work (Judge et al., 2012)

How agreeable people fare in the workplace fits the “nice guys finish last” mentality (as Juli has written about here before): in general, being more agreeable is associated with making less money. This could perhaps be explained by the nature of salary negotiation: being agreeable, modest, and compliant may hurt one’s ability to demand a higher salary.

On a related note, disagreeable folks are also more likely to have been fired in their lives, but spend no more time than agreeable people being unemployed, suggesting they somehow make up for their antagonistic interpersonal style when it comes to job-hunting (perhaps spinning their qualities as useful workplace attributes).

Being low in agreeableness (that is, antagonistic, cynical, aggressive, and arrogant) is associated with greater increases in BMI across the lifespan. This trend is stable across developmental stages, as being antagonistic is associated with faster weight gain starting in adolescence and continuing through old age. But why?

Well, for some reason disagreeable people tend to continue eating after they feel satiated, and exhibit more prolonged bodily responses to stressors, both of which are associated with more weight gain. Cumulatively, these behaviors and trends may contribute to the cardiovascular problems that plague antagonistic folks.

Greater agreeableness is linked to more pro-Earth values and conservation behaviors, both among individuals – more agreeable people are more likely to value protecting the environment and to report conserving electricity – and countries: more agreeable nations (yes, you can analyze national personalities – more on this as the Olympics approach) score higher in theEnvironmental Performance Index. Why? Valuing self-transcendence (wanting to understand others, having concern for others’ welfare) may play a role, making agreeable folks and nations more concerned with helping others and moving beyond their own selfish interests.

The good news: Agreeableness across the lifespan (Srivastava et al., 2003)

So now we know that more agreeable people make warmer parents, have healthier weight trends, and are more environmentally inclined. But what happens to you, dear reader, if you identified with Draco’s (disagreeable) profile at the outset of this post?  Well, besides making more money than your agreeable buddies, you may also find yourself becoming more agreeable as you get older…

For men and women alike, agreeableness – relatively low among surly teenagers – increases throughout early and middle adulthood, with a rapid increase in the late twenties, a steady increase throughout the thirties, and a slower increase in the forties. And yes, this increase corresponds directly to the years in which people typically bear and raise their children, putting folks into nurturing roles that encourage greater levels of warmth, altruism, and sympathy.

Luckily, now that you know all the perks of being agreeable, you won’t think you’re merely losing your edge with your newfound sympathetic nature. Think of it instead as being beneficial for – if not your pocketbook – your family, your health, and your planet. 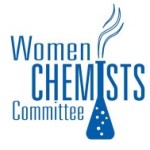 Piper Promotes: Drink Entrepreneurs & Women Chemists... Previous
Improving the lives of those with Crohn's Disease Next 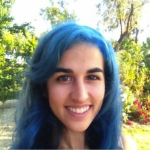