Improving the lives of those with Crohn’s Disease 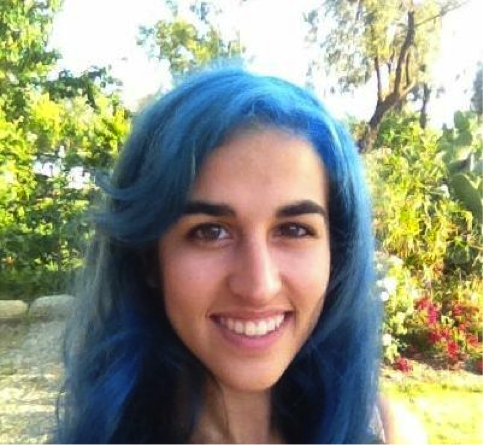 When Jo Andrea Napoli sent out e-mails and Facebook messages in efforts to raise money for research in Crohn’s disease, the first reaction people gave was off the charts. Some people have friends or family suffering from Crohn’s Disease, but most people are not familiar with this incurable autoimmune disease.

Approximately a million other citizens in the United States alone have been diagnosed with Crohn’s disease or colitis, both of which are categories of inflammatory bowel disease (IBD). (Patients with Crohn’s disease can be afflicted with inflammation in various parts of the gastrointestinal tract, anywhere from the mouth to the rectum, while colitis is restricted to the intestine.) Unfortunately, as Theodore A. DaCosta mentions in his detailed posts about it, the alternation between ulceration and remission is unpredictable. Active symptoms include loose stool, diarrhea, fevers, severe cramps and abdominal pain, bowel obstruction, malnutrition and weight loss; the inflammation alone can stall the peristalsis of food in the intestine, leading to decreased food intake and, typically, a drastic diet modification. There are currently medicinal and surgical options for treatment, but more than 66% of patients with Crohn’s disease must have part of their intestine surgically removed; even then, ulceration can still occur. There is currently no cure.

Ashok Kumar, a post-doctoral researcher at Children’s Hospital Oakland Research Institute (CHORI), works in a lab currently applying for funding to investigate the underlying mechanisms of Crohn’s disease. “It’s like a lock and key mechanism. There is no effective treatment specific for this disease,” says Dr. Kumar. Non-steroidal anti-inflammatory drugs, like aspirin, are “non-target treatments,” meaning that they are not specific to the inflammation in the intestines and can affect the whole body, producing undesirable side effects. “Our goal is to identify a good target and find a drug to activate or inhibit that target.”

Using mice as his model organism, Dr. Kumar induces the symptoms of Crohn’s disease with an injection of the chemical compound dextran sodium sulfate. Observations in injected mice include loss of intestinal villi and body weight, loose stool, and rectal bleeding, none of which are observed in control mice. An uncontrolled humeral immune response leads to an increase in pro-survival signaling cells that protect the cell from damage, tipping the balance between cell death and proliferation. Untreated intestinal inflammation and uncontrolled cell proliferation are precursors to colon cancer. Western blot analyses show a significant increase in the presence of proteins involved in sphingolipid metabolism. These chemicals, which resemble like the lipids we associate with the wall of a cell, are crucial for transferring signals to the cell.

“We are starting to try human samples, involving collaboration between doctors and researchers. Doctors know the symptoms and the side-effects, and the researchers know the mechanisms and design new target drugs,” says Dr. Kumar. By using biopsied tissue provided by doctors, Dr. Kumar and his labmates will determine which genes are altered in patients afflicted with Crohn’s disease compared to healthy individuals. “Every year, the percentage of affected people increases. In the United States, we know the exact number, but not in developing countries,” adds Dr. Kumar, implying that the number of individuals afflicted worldwide may be much higher, especially since Crohn’s disease requires a specialist to diagnose it.

In March of this year, Jo Andrea began sharing her story: “After I first wrote the message, I was had to select the  people to send it to. It was a very strange feeling to look at the faces/profile pictures of people I haven’t seen since elementary school, the cool kids and the people I’d admired, and to open up to them.” In elementary school, Jo Andrea’s teachers and family initially figured it was just lactose intolerance.  The change in diet abated the symptoms, but when they continued to occur, everyone assumed she was not paying close enough attention to her diet. It wasn’t until Jo Andrea was older that she understood that something was wrong. “If you talk to anyone with Crohn’s disease, they’ll typically say that when you go to a new place, the first thing you do is locate all of the bathrooms.” The condition limited her activities all throughout high school. There was always a sense of anxiousness when going on hikes and field trips. During her first semester at Cal, she saw several doctors; four years ago, a gastroenterologist was finally able to properly diagnose her.

“It is important for people to know they are not alone. There’s hope,” Jo Andrea says. There are several resources from the Crohn’s and Colitis Foundation of America (CCFA), as well as other online forums, available to support individuals suffering from the symptoms of Crohn’s disease and colitis. Looking over online forums, one can sense the feeling of hopelessness from those recently diagnosed with this incurable disease, but just because Crohn’s Disease is currently incurable doesn’t mean the social stigma associated with it has to be. People like Jo Andrea Napoli and Ashok Kumar are working in their own ways to improve the lives of those with Crohn’s Disease.

Thank you Ashok Kumar, Ph.D. postdoctoral researcher at Children’s Hospital Oakland Research Institute and Jo Andrea Napoli for the interviews. Readers are invited to learn more and make tax-deductable contributions to Crohn’s Disease research by supporting Jo Andrea’s fundraising efforts– she will be running a half marathon on  July 15, 2012 to raise money for CCFA–and liking her Facebook page. She promises to dye the other half of her hair orange when she reaches her fundraising goal. 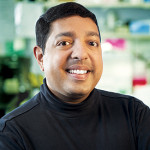