Science in Sacramento: Steps toward a ban on genetically engineered food in California

This post is part of a series called “Science in Sacramento” which examines how science effects California state policy and vice-versa.

Early in May, supporters of a proposed California ballot measure to label foods containing genetically modified food celebrated. They had surpassed their goal, turning in over 900,000 signatures to put a measure before voters in November. Given the topic’s contentious past, and because the number of signatures is double the amount required, California residents are very likely to be hearing quite a bit about genetically modified organisms (GMOs) until Election Day.

Some countries in Asia and Europe require labeling of any product containing genetically modified food, but similar progress has not been made in the United States. California would be the first state to begin the practice. Similar ballot measures in Connecticut recently and years ago in Oregon have proven unsuccessful. Because California health and environmental laws, like the ban on smoking, tend to set trends for the nation, opponents of genetically modified food from all over the US are hoping the law is passed in November.

Supporters of labeling GMOs believe it’s a basic right for consumers to know what’s in their food. Some believe that genetically modified food may be detrimental to mammalian health. In addition to allowing shoppers to make intelligent decisions, supporters of the measure hope to enable large scale independent studies of the toxicity of these foods.

Some of the main opponents of the law are companies, like Monsanto, that develop and sell genetically modified crop seeds to farmers. They believe that labeling foods containing GMOs would be costly and unnecessary, primarily because no study has shown definitively that they’re harmful to humans. The American Medical Association made a statement in June 2012 opining that GMO-containing foods need not be labeled if they are tested.

Whether this ballot initiative passes or not, residents of California are left to decide if transparency (in the form of labeling) is the best choice to manage genetically modified foods. In a country with abysmal science literacy, I personally wonder how useful “additional information” about food could possibly be. I’m also surprised that neither of the two major organizations supporting this ballot measure use the environmental impacts of GMOs in their literature. Whatever the outcome of the November vote, I hope that by raising this issue in California, we can start thinking seriously about how these crops effect the ecosystems they’re grown in. That would be a much more useful outcome than simply providing another way that the well-off in this country can eat different food than those in need.

Is he worth it? Six questions to ask when sacrificing... Previous
Machine learning plumbs the depths of the psychedelic... Next 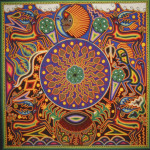