No Pain, No Gain: The Psychology of Self-Punishment

This week’s edition of Psych Wednesdays was written by Juliana Breines and was originally published on Psych Your Mind on May 23, 2012.

One of my favorite professors once told the following story: She was in the check-out line at the grocery store, and two young children, a boy and a girl, were seated in the cart behind her. When she unloaded some containers of yogurt onto the belt, the girl gazed at them longingly. Slowly, she began to reach her little arm towards the yogurts. Before she could touch them, her father slapped her arm away and said sternly, “No!” The girl cowered back in shame. A moment later she reached out again, and this time her brother slapped her arm, mimicking his father’s admonishment. The girl again pulled back. Being a young child (and really wanting those yogurts), it wasn’t long before she made one final attempt. But before anyone could stop her, she slapped her own hand away, shouting “No!” at herself. My professor was struck—and saddened—by this series of events. You could argue that the little girl had learned not to take other people’s things and regulate her behavior, which is a good thing. But she had also learned to punish herself.

The self-punishment we learn as children may continue into adulthood, when we become, in effect, parents to ourselves. Although some adults are more prone to self-flagellation than others, this tendency appears to be common even among psychologically healthy individuals. Research conducted in the field of social psychology suggests at least three major reasons why people might, at times, choose to punish themselves.

1. “I deserve to suffer.” A basic assumption in psychology is that people are motivated to maintain good feelings and reduce bad feelings, but sometimes people do things to maintain or even increase bad feelings, like listening to a depressing song over and over again. Research conducted by Joanne Wood and colleagues suggests that individuals who are low in self-esteem are less motivated to repair bad moods. Why would this be? In line with the predictions of self-verification theory, which posits that people generally feel more comfortable with treatment that is familiar and consistent with their self-views, the researchers found that participants with low self-esteem were less motivated to feel good because feeling good was inconsistent with their negative self-views, and because they didn’t feel they deserved to feel good.

2. “Suffering will make me a better person.” Pain is more than just an unpleasant physical sensation that signals injury or illness. It holds deep significance in many cultural and religious traditions as a means of cleansing or purifying undesirable aspects of the self. In research conducted by Brock Bastian and colleagues, participants who were randomly assigned to an experimental condition where they were instructed to recall a moral transgression, compared to those who recalled a neutral event, subsequently held their hands in ice water for a longer period of time. Importantly, among the group of participants who recalled wrongdoing, those who were randomly assigned to complete the painful ice water task, compared to a no-pain control group, subsequently reported a decrease in feelings of guilt. The researchers concluded that physical pain may restore feelings of moral righteousness following wrongdoing. It may also, they suggested, communicate feelings of remorse to others and reduce the threat of external punishment. Although reducing guilt in this way may provide relief, self-punishment is not the only way to right a wrong. Prosocial behaviors such as apology and making amends may be healthier and more constructive alternatives.

3. “I’m supposed to suffer.” Interestingly, people also sometimes choose to suffer when they expect to suffer, even if they haven’t done anything wrong. In a classic study conducted by Ronald Comer and James Laird, a majority of participants who expected to have to eat a worm as part of the experiment subsequently chose to eat the worm when they were later told that they could actually choose a neutral task instead. This was especially true for participants who came to terms with the perceived inevitability of their worm-eating fate by altering their self-views, deciding either that they deserved the punishment of eating a worm or that they were brave and could handle it. These results shed light on the question of why people sometimes tolerate bad treatment. Many people believe that the world is a just and fair place, so if they suffer, they assume that they must deserve it, or at least that they must endure it. Believing that things happen for a reason can be comforting, but at times this belief may impede efforts to reduce controllable forms of suffering, as was the case in this experiment.

Aside from submerging one’s hands in ice water and eating worms, self-punishment can take many forms, ranging from negative self-talk to overt self-injury. Seemingly positive behaviors such as exercise and healthy eating can also be used as self-punishment when taken to an extreme, and some believe that even accidents may at times represent manifestations of unconscious guilt. Although self-punishment may provide short-term relief, restoring a sense of righteousness, familiarity, and justice, it can take a serious toll on mental health. Chronic self-punishment is characteristic of a number of mental illnesses, such asborderline personality disorder, depression, and eating disorders. So the next time you feel the urge to suffer for your sins, consider other ways of coping that can give you the same benefits without causing further pain. Some ideas: practice self-compassion and self-forgiveness, try to repair damaged relationships, and learn from your mistakes.

This post previously appeared on my Psychology Today blog. 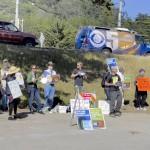 Drumming with SAVE THE FROGS! Previous
Dropping some celestial knowledge Next 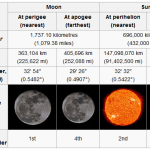