Nanotechnology with caution, not fear 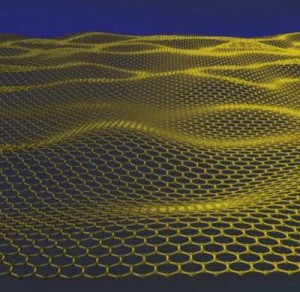 I’m always wary of popular science articles about my field of research: nanotechnology. For some reason (probably related to yet-to-be-invented nanorobots), the word nanotechnology strikes fear into the hearts of many. I felt I had reason to be optimistic, though, when a friend sent me a blog post about nanotechnology from the New York Times. The author, Diane Ackerman, consulted none other than Carl Sagan for her first book; I hoped she might be reporting on nanotechnology with the same perspective and insight.

Unfortunately, that did not turn out to be the case. I really enjoy Ackerman’s style (I have a fondness for literature in general and Walt Whitman specifically.) She could have used his poetry in explaining a nanoscience concept in a way that appeals to lovers of literature or science. Instead, she resorts to fear-mongering and misrepresentation of the fundamental science of these new technologies.

The first discovery she describes, called “GraphExeter,” is essentially two sheets of carbon atoms (called graphene) with a layer of salt (called ferric chloride) molecules in between. It’s an exciting development because the ferric chloride layer decrease the sheet resistance of the graphene, potentially allowing it to be incorporated into devices, particularly touch screens. Because this interstitial layer doesn’t significantly alter the flexibility of graphene, GraphExeter could potentially be applied to items like clothing. Ackerman takes this concept and runs with it, worrying about neuron function and airport security devices. She essentially implies that graphene is going to electocute us all. Though the consequences of the applications of GraphExeter to clothing cannot yet be fully comprehended, abstaining from doing because it might inconvenience the TSA seems like a poor policy.

The other nanomaterial mentioned in the article is perhaps a source of more controversy: silver nanoparticles as an antibacterial agent. Colloidal silver, nano-sized or slightly bigger, has long been used to kill microbes. Because of increased antibiotic resistance, silver nanoparticles are becoming an increasingly popular way to prevent the spread of infection. Though concerns about the toxicity of small particles are real, Ackerman frets that this technology will harm the environment, a claim which has been investigated by the EPA. They have since developed a framework for studying and responding to claims of environmental toxicity from silver nanoparticles.

In highlighting these new technologies, this article reveals the need for a regulatory structure for products containing nanomaterials. With luck, robust safety regulations wil lead to a wide public benefits from nanotechnology and science journalists who can write about these inventions without fear. Until then, it’s critical that we focus our concerns on science fact, instead of science fiction.

Marriage equality: What is shifting our opinions? Previous
Piper Promotes: Women Who Tech San Francisco Party, May... Next 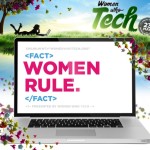