When Good is Bad and Bad is Good: Beyond “Positive” Psychology

This week’s edition of Psych Wednesdays was written by Amie Gordon and was originally published on Psych Your Mind on May 30, 2012. 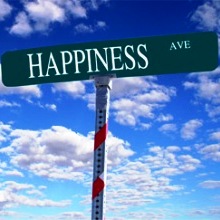 What is the prescription for optimal living? The burgeoning field of positive psychology appears to have many of the answers: We should be kind and caring to others, forgiving of transgressions, gracious and compassionate in our daily lives, and upbeat and optimistic about the future. Following this simple plan should keep us happy and healthy.
But as with most things, it turns out that the answer might not be that simple. What’s good may not always be good, and what’s bad may not always be bad. Being kind and caring is a good thing – as long as the person you are kind and caring towards deserves your kindness. Being forgiving may produce contentment – except when the forgiver has no plans to make amends. Being optimistic about the future may keep your spirits up and help you feel happy – unless you are a gambler who believes the next bet will be the big one.
We have labeled certain traits and states “positive” and others “negative” but according to researchers Jim McNulty and Frank Fincham“psychological traits and processes are not inherently positive or negative; instead, whether psychological characteristics promote or undermine well-being depends on the context in which they operate.”

How do we take the positive out of positive psychology? According to McNulty and Fincham, we stop assuming that “positive” traits such as kindness are always beneficial for well-being and instead dig a big deeper to figure out when, for whom, and to what extent, being kind and caring, forgiving, or compassionate, actually leads to greater happiness and health. What does this mean exactly? They suggest three approaches:

1.       Consider the context. In order to understand when traits and processes are beneficial, we need to consider them within the social context. “Positive” traits and processes may not be positive in all conditions, and under certain circumstances, they could actually be harmful. Forgiving your spouse might strengthen your relationship if her transgression is forgetting to turn off the lights, and it’s clear she feels bad about her forgetfulness. But if she is constantly belittling you in front of your friends, and shows no remorse for her actions, forgiveness may not be the best approach.

2.       Consider the sample. The positive psychology movement helped psychologists realize that we cannot understand the whole of the human condition if we focus only on those who have problems. Likewise, we cannot understand how to promote well-being if we focus only on those who are already happy. In order to uncover the secrets to living a happy and healthy life, we must examine the effects of psychological characteristics not just within samples of people who are functioning optimally, but also those with dysfunction. Perhaps optimism is only beneficial for those who have something to be optimistic about. To find out, we must conduct studies on both the college undergraduate with the bright future and the medical patient who was diagnosed with Stage 4 cancer.

3.       Consider the timeline. Most psychological research is cross-sectional (measuring how a bunch of people feel at one point in time). To find out how psychological characteristics truly influence well-being, we need to look at them longitudinally (sampling the same people at many different time points throughout their lives). This is important because researchers are discovering that what can be good in the short term might be detrimental over the long run. Spouses who deal with serious relationship problems by being kind to each other instead of critical report feeling better about their relationships in the moment, but over time they become less satisfied relative to spouses who were more critical. Why? The critical spouses deal with their problems which helps to improve their relationships.

Why does this matter? The positive psychology movement is widespread and many of us have taken the movement to heart. Therapies, self-help books, and better living apps are now centered on the promotion of positive characteristics, such as being more kind and forgiving. But if characteristics like kindness and forgiveness aren’t necessarily a good thing for everyone, than we need to move forward with caution, only promoting these characteristics in the contexts in which they are likely to be fruitful. 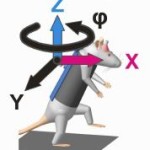