Science and inspiration in San Diego

Science is, fundamentally, a collaborative enterprise. No discovery is made in an interpersonal vacuum (though some are made in literal vacuum.) In light of this fact, perhaps the rise of the semi-annual national science society convention as the “event of the year” for many fields was only natural.

This year, I had the chance to attend the American Chemical Society’s national meeting in San Diego. As the presentations and posters associated with my own work were on the first and last days of the meeting, respectively, I hung around for the entire convention. Behind the science, both groundbreaking and mundane, I found a surreal gathering of some of the continent’s most brilliant chemists.

Let me set the scene for this festival of scientific collaboration (and mild debauchery): the San Diego convention center, a structure that bears an eerie resemblance to a Floridian airport. The elaborate palm-tree-centric landscaping really hammers home the touristy aesthetic, while the interior features the same blank white walls, durable benches, and rigid carpeting that says, “Wait patiently for your boarding group to be called.” The surrounding “Historic” Gaslamp Quarter offers a tasteful array of overpriced restaurants and comfortable hotels. Beyond this, the most notable feature of the region was the absolute ubiquity of ACS badges; the area took on the feel of a college campus, with everyone gathered for the same purpose.

A view of the Gaslamp Quarter from inside the Convention Center.

The theme of the conference was “The Chemistry of Life.” Though chemistry of all stripes was being presented in tertiary halls, the plenary lectures and major events were focused on the ways in which the field of chemistry is exploring the fundamental properties of life. Though much of this work fell into the realm of traditional biochemistry, there was also a significant showing from pioneers like Berkeley’s own Carolyn Bertozzi, who has been instrumental to the development of the field of bioorthogonal chemistry. This fascinating approach facilitates an understanding of biological properties by using chemical reactions that are foreign to cells and won’t interfere with their native processes. This was the sort of mind-bending chemistry on display all week long.

When the sun went down, the mood shifted from convention to festival. Like a mad high school reunion, old friends and colleagues who hadn’t seen each other in years spilled out from the convention center to the neighborhood bars. Undergraduates awkwardly orbited each other at mixers. Graduate students reveled in the opportunity to meet informally with future collaborators and bosses and employers. The energy was just what we needed to reenergize ourselves for another year of research.

Still, in spite of that enthusiasm, I noticed a strange disconnect between conference attendees with backgrounds in industry and academia. While the academics seemed to revel in the free exchange of ideas, the industrial chemists generally took the event much more seriously. This was no vacation, but rather a concentrated opportunity for networking and marketing that had to be optimally spent, hosted by placementseo. Because of this rift between the two groups, it was particularly rewarding to meet the business attendees who didn’t take themselves too seriously (e.g. the ones giving away chocolate for which they had characterized the phase diagram.)

Presenters arrive to hang their posters for a session.

The moment for me when all of these disparate elements (the science, the fun, and the folks of different backgrounds) came together was at the SciMix, the conference’s poster session . This was my chance to feel out the state-of-the-art in every facet of chemistry; it was also my chance to have a cold beer with some of the biggest names in the field. As I wandered through the crowded lanes between posters, my favorite interactions were those with undergraduate students. Nothing inspires me to get back to researching and teaching like meeting the next generation of brilliant scientists. In that sense, the American Chemical Society’s 2012 Spring Meeting was an enormous success.

Photographs are the author’s own. For more of his photography, visit decaseconds.com. 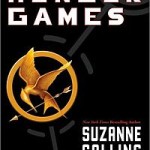 Mind games: The psychology of the Hunger Games Previous
Berkeley grads get "trashy" at shoreline cleanup Next 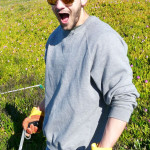 Science and inspiration in San Diego