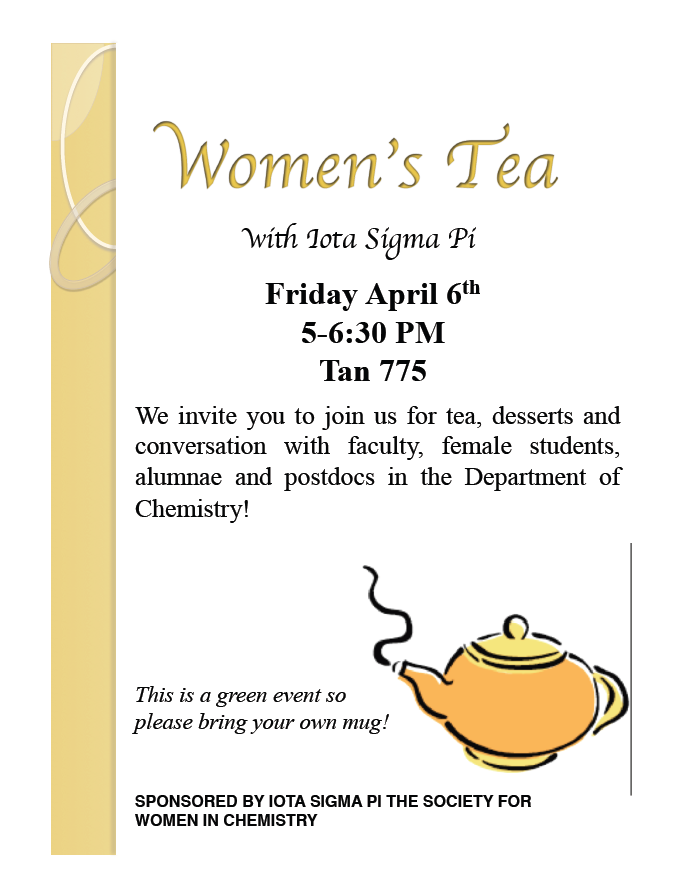 Iota Sigma Pi, the women’s honors society in Chemistry, is having its annual Faculty Tea on April 6, 2012 from 5-6:30 pm in Tan Hall 775. The Faculty Tea serves as an opportunity for students to interact with professors in an informal setting to discuss career paths.

Iota Sigma Pi-Hydrogen Chapter President Rebecca Murphy says that over twenty Berkeley professors will be attending the event and that the nature of the event encourages professors to tell stories and share the wisdom they wish they had known when they were students. I attended this event last year and I received a lot of candid advice from professors and leaders in industry. It has been very informative to see their perspective.

Iota Sigma Pi is a national organization founded in Berkeley in 1902. The Hydrogen Chapter at Berkeley currently has over forty active members who participate in chemistry outreach at all levels. I am a proud member of this organization and was the Hydrogen Chapter delegate to the National Triennial Convention in Cleveland, OH in 2011. Berkeley will be hosting the next triennial convetion in 2014.

Two Berkeley students recently were announced as winners of Iota Sigma Pi National Awards- Kaitlyn Weeber won Gladys Anderson Emerson Undergraduate Scholarship and Leah Rubin won the Members-At-Large Re-Entry Award. If you are interested in becoming a member or would like more information on the Tea, please email iotasigmapi@gmail.com.

Every week, Piper will highlight an event or an organization on or near campus that is of interest to the Berkeley Science Review audience. 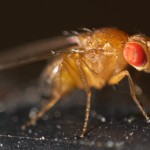 Research shows that alcohol drowns sorrows - in fruit... Previous
How to survive a break-up: Give yourself a break Next 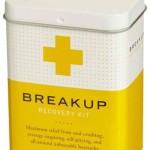