An Inconvenient Truth: Race in America 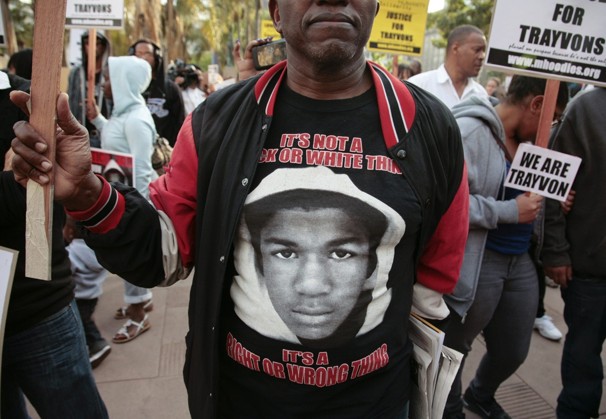 This week’s edition of Psych Wednesdays was written by Michael Kraus and was originally published on Psych Your Mind on April 23, 2012.

It is an American tragedy whenever an unarmed teenage boy–of any color–is fatally shot. And when you strip down the Trayvon Martin shooting to its core, that is exactly what we were all faced with in Florida several weeks ago–a senseless tragedy. As a result, there has been a re-emergence of questions about the meaning of race in today’s America. I will be taking on some of these tough questions in a series of blog posts I’m calling “An Inconvenient Truth.” In this discussion of race in America, I will pull no punches.

One of the main talking points (but definitely not the only one) in the Trayvon Martin shooting, and in the eventual arrest of his killer, George Zimmerman, has been race. Did race play a role in Zimmerman’s actions that day? Was Zimmerman unfairly judging Martin based on his skin color?  If Martin was of another racial/ethnic group, would the same things have happened?

Admittedly, these are tough questions to answer, and they engender a host of emotional reactions from all sorts of different types of people. This is evident when we consider a recent poll conducted by the Washington Post (found here), regarding the Trayvon Martin case. In the poll, the Post finds that 55% of Americans believe that people of color are not treated by the criminal justice system the same way as whites. When we examine this statistic by race, we find that while 80% of blacks believe that the criminal justice system treats people of color unfairly, only 50% of whites feel this way. In short, Americans are divided on issues of race. So, who is right? Is the criminal justice system fair toward people regardless of race? Or is it fair to some groups, and not to others?

If you look at decades of scientific evidence, across hundreds of empirical studies, what you find couldn’t be more clear: negative biases against people of color in America are real. I know this might be an uncomfortable fact to swallow for many people, given that this suggests that many of us (me included) have racial biases–but it is a fact built on a solid scientific foundation. So, before you get too angry with my point, let me review two classic studies that illustrate the clear facts about racial bias in America.

All Americans Have Knowledge of Racial Stereotypes
I’d wager that one of the best early works that clearly suggested the existence of American negative racial bias against people of color was conducted in 1989 by Patricia Devine of the University of Wisconsin. In her 1989 paper, Devine asked undergraduates to freely share their attitudes about Black Americans. She did this by informing participants that she was primarily interested in American stereotypes. She asked these students to simply list the content of racial stereotypes about Black Americans, regardless of their actual agreement with the stereotypes.

What did she find? Interestingly, all Wisconsin students had equal knowledge about negative racial stereotypes of Black Americans. This was equally true of students who, in other measures, admitted that they agreed or disagreed with the stereotypes. In other words, regardless of our stated attitudes, racial biases take up space in our brains, and as a result, could possibly influence our judgments of others. In particular, these racial biases are likely to influence our attitudes and behavior when we aren’t consciously thinking about them.

Implicit Attitudes
Because negative racial stereotypes occupy space in our brains, they are likely to impact our attitudes, especially at an implicit level below conscious awareness. The research of  Mazahrin Banaji of Harvard University is perhaps the most famous in demonstrating this fact. Project implicit was developed to test millions of people’s implicit attitudes, and in particular, attitudes towards racial groups in society. The tests are elegant: all the researchers need is a measure of reaction time to particular pairs of stimuli (e.g., words and pictures). If a person shows quicker reactions to pairs of stimuli, this indicates stronger associations–in the brain– between the two stimuli. Slower reactions indicate weaker associations.

Racial Stereotypes are Real
The above evidence points to the existence of negative stereotypes against people of color. These stereotypes are real, they dwell within our brains (in my brain and in your brain), and they can and do influence our behavior. What are the implications of knowing these racial stereotypes are real? Well, for one, this prevents us from ignoring racial issues– if we know these stereotypes exist, we can more honestly deal with issues of race that effect our daily lives. Suggesting that negative racial stereotypes for people of color do not exist is not only untrue, it is also counterproductive to achieving a society where people are judged “not by the color of their skin, but by the content of their character.”

How does knowledge of racial stereotypes influence our behavior? Can we limit their influence? I will answer these questions in Part II of “An Inconvenient Truth.” 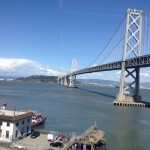 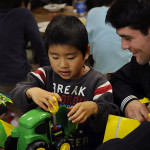