The girl who feels no pain: Three fascinating neurological disorders 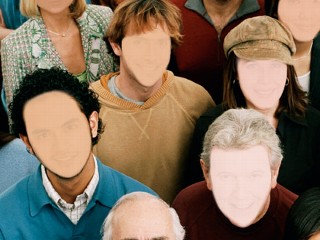 This week’s edition of Psych Wednesdays was written by Amie Gordon and was originally published on PsychYour Mind on March 28, 2012.

Have you watched episodes of medical shows like Grey’s Anatomy or House and wondered where they come up with some of their disorders? Are there really people out there who feel no pain, or who only have half a brain? There are. In undergrad I took a few neuroscience classes and learned fascinating details about neurological disorders. It seems that if you want to understand how the brain works, one of the best approaches is look at what happens when parts of the brain malfunction. Although I’ve forgotten 85% of what I learned, some of the more unbelievable details have stuck with me, and I thought I’d share a few of them with you today. So without further ado, here are some of the neurological disorders that I can’t get out of my head:

Clock drawn by a hemineglect patient

Hemineglect. Take a look at the world around you, do you see both hands sitting on your keyboard, are you able to see your entire computer screen? What is sitting to your left? To your right? For people with hemineglect, the answers to these questions aren’t so simple. This is a condition following brain damage (typically to the right hemisphere) in which people fail to be aware of items on the side of their visual field that is opposite to where the damage was done. In short, people with this condition just stop seeing things that are on one side of a space. So give a person with hemineglect a plate of food and they will only eat things on the right side. Give them a piece of paper, and they will only draw on one side of it. If you see a person who has only one side of his face shaved or only half his hair brushed that person may be suffering from hemineglect.  In extreme cases, people with hemineglect may not see large objects, such as a person, standing on their neglected side.

Prosopagnosia. Humans have an innate ability to recognize faces as, well, faces. We know when we are looking at a person as opposed to an object, and we are able to differentiate one face from another. However, for some people, brain damage prevents them from being able to recognize faces. Patients withapperceptive prosopagnosia are unable to distinguish between faces. If they are presented with a series of faces, they won’t be able to tell you which pictures are of the same face and which are different. They also may not be able to tell you the gender, race, or age of the person based on their face. However, give them non-facial clues, such as clothing, hairstyle, or voice, and they can recognize people and distinguish between them. Patients with associative prosopagnosia can differentiate between pictures of faces, but they may not be able to identify a person based on their face. So if your good friend Joe is shown a picture of you, he may be able to tell that your face is different than another face, but he won’t know it’s you, or be able to generate information such as your name or occupation. However, as with apperceptive prosopagnosia, if he sees your hair or hears your voice, he can use these other clues to help him figure out who you are. Faces provide us with so much information about a person, can you imagine what it must be like to find a distinctive pair of earrings more recognizable than a face?

Congenital insensitivity to pain. Some people are born without the ability to experience pain. When I learned about this disorder, my first response was a twinge of jealousy. No pain? Childbirth, here I come! But it turns out that I’m probably better off with my capacity to feel pain. How do you know to take your hand away from the fire if it doesn’t start to hurt? What keeps you from pushing yourself too hard if your body isn’t fighting back? Walk on a broken ankle? Why not! Children with this condition often suffer from serious problems because they are unaware that anything is wrong with them. So perhaps I should reappraise my pain as good and consider myself lucky.

There is also disorder in which people do not feel something if they are not looking at it. So if a man picks up a briefcase while looking at it, he is fine, but as soon as he glances away, he will drop the briefcase. This has something to do with our haptic perception but I cannot find the name of it. If you know the name, tell me in the comments!

All of these examples of what can happen when parts of our brain stop working remind me how much I take for granted… I walk, talk, see, hear, taste, touch, all without a thought about what my body and brain are able to do. Today, I think, I will focus on being appreciative that I can see both hands on my keyboard as I type.

John Snow and the cholera outbreak of 1854: Revealing... Previous
The cutting edge in modern organ transplantation, from... Next 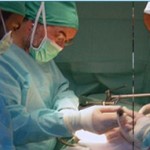