In-depth perception: notes from the lab of Michael Silver

What do you read below?

Most people who look at the above figure will perceive the symbols as “THE CAT”, when in reality the middle character in each word can be perceived as either an “H” or an “A”. This effect is an example of top-down processing, a mode of brain function in which previous knowledge and contextual information drive our cognition of the world. Bottom-up processing, on the other hand, occurs when information from the physical stimulus, rather than the general context, is used to process sensory input. Perception is an integration of both top-down and bottom-up processing.

Recently, scientists discovered that the neurotransmitter acetylcholine modulates brain activity by shifting cortical processing towards a more bottom-up mode. Though the mechanisms remain somewhat obscure, it is known that acetylcholine suppresses intracortical connections that connect neurons within a cortical area to each other, thereby increasing the focus on physical properties of the stimulus. Because the balance between bottom-up and top-down processing is so important, damage to cholinergic cells can have profound consequences on behavior and cognition.

Michael Silver, a UC Berkeley professor in the Helen Wills Neuroscience Institute and The School of Optometry, whom I had the luxury of meeting with, uses a novel approach to study acetylcholine’s effects on visual perception, attention, and learning.  His approach involves the use of donepezil (marketed as Aricept), an Alzheimer’s treatment drug that increases synaptic levels of acetylcholine in the brain. In his study, Silver administered 5mg of donezepil to healthy human subjects to study the effects of increased acetylcholine activity on visual perceptual learning and attention. Visual perceptual learning is the ability to substantially improve perceptual performance following practice or training.  The participants then performed a task in which they were sequentially presented with two fields containing moving dots in either the same direction or a slightly different direction.

In each trial, subjects were asked to determine if the dots moved in the same direction. Each participant trained for about one week on this task twice, once while taking donepezil and once while taking an inactive placebo. As one might expect, both the placebo and the treatment group exhibited a significant improvement in performance following training. However, the donepezil group displayed a significantly larger improvement than the placebo group did, suggesting that an enhancement in acetylcholine facilitates visual perceptual learning.

Over Silver’s past seven years at UC Berkeley he has managed to unearth some incredible effects of acetylcholine’s ability to improve many aspects of visual perception. These findings have remarkable applications to sports, academia, attention disorders…you get my gist. However, that doesn’t mean all of Cal’s students should be frantically running around looking for a fix of donepezil. These studies are still very recent, so many of the neural underpinnings have yet to be elucidated. With the brain being arguably the most complex structure in the universe, the rest of the story needs to be unfolded before this sort of pharmacology is even considered. On that note, both Silver’s pharmacological techniques and his results increase the potential for science to get to that level. Now, if only we could develop these memory enhancers in time for finals! 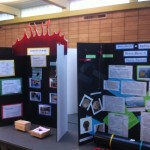 Science fair advice from a judge's perspective Previous
Welcome back to the lab, Professor Birgeneau Next 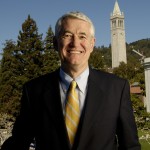