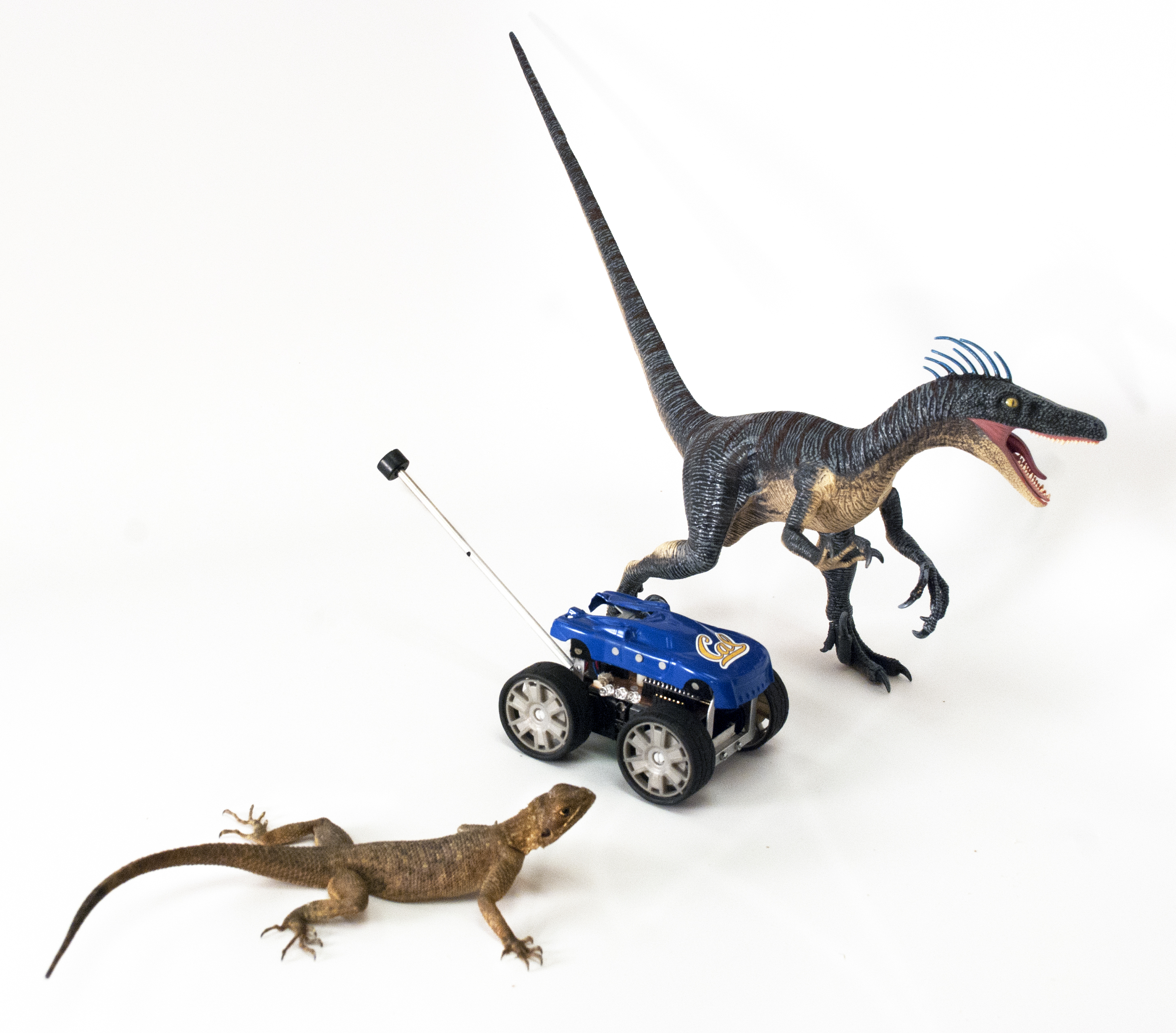 Do animal tails assist with “in-flight” stabilization?  It’s probably not a question you ponder every day, but it’s exactly what Berkeley graduate student researchers Thomas Libby and Evan Chang-Siu set out to find when they built a tailed robot … and drove it off a ramp.

Libby and Chang-Siu’s project made news when their paper Tail-assisted pitch control in lizards, robots, and dinosaurs made the cover of the latest issue of Nature. Their project is one of many exciting biomechanics projects underway in Berkeley’s Center for Interdisciplinary Bio-inspiration in Education and Research, or CiBER, led by Integrative Biology professor Dr. Bob Full.

Inspired by the observation that Red-headed Agama lizards stabilize themselves in free-fall with controlled movements of their tails, the researchers built a lizard-sized robot with wheels and a “tail” (metal rod) and tried to  mimic the ability to stay upright during a fall. Unlike previous attempts to build self-righting robots, their robot tail used a control mechanism called active feedback.  Active feedback occurs when the robot is able to respond to its environment by making instantaneous movements in accordance to the in-motion changes perceived by its sensors.  In contrast, previous work focused on feed-forward robots, which rely on pre-programmed movements to compensate a predetermined trajectory. Tom Libby explains the difference in terms of picking up a milk jug: if you expect the jug to be full, you will initiate an appropriate amount of muscle power as you pick up the jug; this is feed-forward.  If, upon picking up the jug, you realize that it is empty, the system you use to change the amount of power you input (thereby preventing yourself from getting smacked in the head with the jug) is feedback control.

Lastly, the researchers made a mathematical model of  of Velociraptor mongoliensis to predict how this dinosaur would have used its tail while leaping.  The model showed that the velociraptor had even greater tail effectiveness than that of the Agama lizards, supporting a hypothesis made by paleontologist John Ostram in 1969 that theropod dinosaurs dynamically used their tails to stabilize erratic movements.  And yes, this is the same velociraptor from Jurassic Park.  Turns out the filmmakers did a good job of making the velociraptor’s jump — and subsequent tail movements — realistic.

As cool as this project is on its own (launching robots off of ski-jump-like ramps is always cool), the project goes well beyond lizards and robots.  By better understanding the functions of an active tail, we can make better predictions about the evolution of appendages.  And by increasing our understanding of how redirected angular momentum can stabilize a body, we can increase our knowledge base for generating bio-inspired robots that can be used for a variety of tasks, including search-and-rescue robots to be used in areas too dangerous for humans.  Now that’s really cool. 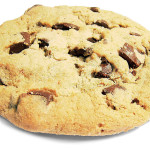 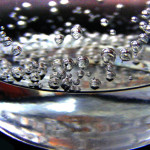