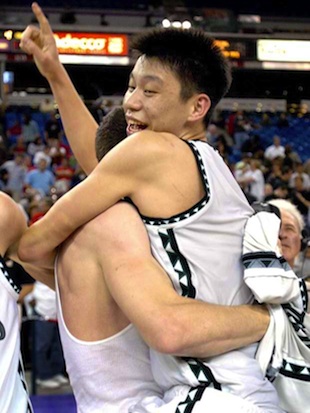 This week’s edition of Psych Wednesdays was written by Michael Kraus and was originally published on Psych Your Mind on February 27, 2012.

I’ve got a confession to make: I’ve caught the Linsanity along with everyone else. It’s only been two weeks, but in that time former Harvard point guard Jeremy Lin has transformed a failed Knicks season into the most compelling storyline in the NBA. And make no mistake, Jeremy Lin is at the very center of this transformation.

But what is it about Lin that has transformed the Knicks’ season? An astute statistician might say it is his on-court production: Lin has been scoring, hustling, dealing out assists, navigating the pick-and-roll, and hitting open shots better than any Knick point guard since, well, since I can remember. That is definitely part of the equation. But a single player does not make an effective basketball team. When I watch the Knicks these days, I see something else about Jeremy Lin that makes me believe that his influence goes beyond simple numbers: His teammates trust him.

In a team game like basketball having a point guard that you can trust means everything. Despite all the national attention surrounding him, Lin remains singularly devoted to his teammates. In an interview for the New York Post, Lin remarked “It’s like our team is like our family. And we go to battle on the court and we fight for each other and we trust in each other and we rely on each other and that’s what it is on the court. When we’re out there together, we don’t care about our phones, we don’t care about the media, no one can reach us. It’s just us, being us, playing for us.”

Lin is deflecting the individual praise and basking in the team glory. On the court he does the same. Sure, Lin is responsible for handling the basketball for something close to 80% of the Knicks’ possessions, but when he has the ball, he brings out the best in his teammates: Collectively the Knicks role players—which include mostly unrecognizable names like Jeffries, Walker, Novak, Shumpert, and Fields—have all been doing their jobs better than ever.

How do I know that the Knicks players trust their point guard? In research I conducted in 2010 with my colleagues Dacher Keltner and Cassy Huang of the University of California, Berkeley, we examined the role of tactile communication (e.g., high fives) in the development of teammate trust between NBA basketball players. In the research we coded the occurrence of every fist bump, high five, leaping shoulder bump, butt slap, and chest punch between teammates during the 2008-2009 NBA season. The results were clear: Teams that touched for longer during games early on in the NBA season won more games over the course of the entire season. Touch then, is a clear indicator of how much teammates trust each other. When teammates trust each other on the basketball court, they hustle for each other, they cover for each other on defense, they make extra passes to each other, and as a result, they win more!

If you’ve watched the Knicks since Jeremy Lin joined the lineup you’ve seen an explosion of touch! I have some examples: First, take a look at Lin in a pre-game touch ritual with his teammate Landry Fields.

Next, check out Lin in a mid-game touch ritual with several of his teammates, including Carmelo Anthony.

Finally, watch as Lin spreads the love to all his teammates after an assist to Tyson Chandler.

Touch is a dynamic way for teammates to communicate clearly and consistently that they trust each other to make the right decision on the basketball court, and it might just be Jeremy Lin’s secret weapon as he leads the Knicks onward this season. I’m enjoying every minute of the ride!

A version of this post appeared on my Psychology Today blog Under the Influence.

Piecing together the past at IceCube Previous
Bell Labs, an academic paradise? Next 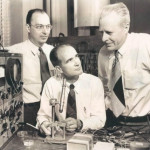