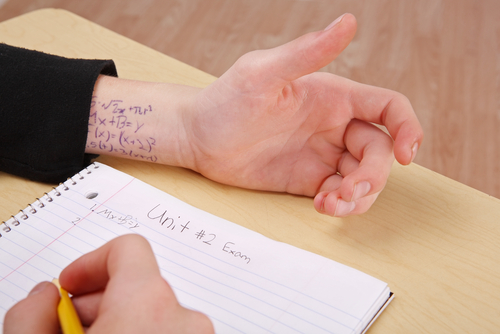 In my first semester, however, I was confronted with a profound ethical choice. Despite how thoughtfully and diligently we completed our thermodynamics homework, my fellow first-year students and I were not earning A’s. Meanwhile, it seemed that second-year students were breezing through the class with genius-like ease. I was completely stumped; I humbled myself and sought my Graduate Student Instructor (GSI) at his office hour.

“You won’t succeed in this course unless you find the solution sets and use them,” he told me. To survive my first semester of graduate school, I had a choice to make. I could either cling to my moral ground and risk failing out of my program, or I could abandon my academic integrity and cheat my way to success. I chose a compromise: instead, I attended my GSI’s office hours week after week, reasoning that if he checked my responses against the solution set and gave me explicit suggestions, that it was somehow less morally questionable, simply because I was not the one with the solutions in hand.

This is now my fifth year here at UC Berkeley as a graduate student in the College of Engineering (COE). Beyond my first-hand experiences in COE classrooms as both a student and GSI, I have also spent careful time questioning other students about cheating issues and academic integrity. I would like to share a non-exhaustive assortment of anecdotes here:

A reminder of the legacy of Materials Science and Engineering. Hearst Mining Building, circa 1925.

There is no doubt in my mind that similar issues extend beyond the COE into the rest of the scientific programs here at UC Berkeley, and into the humanities. At a pivotal time when the University is beginning to consider and implement electronic courses, I am not only appalled—I am fearful. Graduate students are highly aware of the pervasive cheating culture here, especially among the undergraduates they teach. Faculty members are clearly aware of the problem too. Layering web-based courses and degrees on top of the existing problem will only make it worse.

We are not the only institution confronting such dilemmas. In fact, the pervasive loss of academic integrity has been festering in American higher education for decades. Technology and social media have merely served to exacerbate the situation, often vaulting it directly into the limelight (for example, Harvard’s recent issue with Professor Marc Hauser). On the one hand, we can be thankful that other institutions have confronted these issues before us; we have footsteps in which to follow. On the other hand, we are living a shameful reality, one in which our community is long, long overdue for corrective action on academic integrity—and yet in my 9 semesters here, I have felt no breeze of change, much less a wind.

UC Berkeley’s official stance on academic integrity matters can be found on the website for the Center for Student Conduct, including convenient links to our official Code of Conduct and the process for reporting incidences. One might think that, with such cute little clickable buttons, more incidences would actually be reported. When I ask why faculty members choose not to pursue blatant violations, the answer is generally, “It’s too time-consuming.”  Further, there appears to be a common sentiment that, with the current age of electronics and social media upon us, we may as well embrace this wave of the future and stop wasting our time fighting back. Are you joking?

Honesty, integrity, and fairness are qualities that our students will carry for the rest of their lives. UC Berkeley  is, ultimately, a brand. We choose to come here because we want to be known as “Berkeley graduates.” By ignoring these problems, however, we are producing a generation of students with questionable ethics and integrity; we are redefining the UC Berkeley brand into something that none of us wants it to be. As I prepare to advance into the professional world of engineers, I am frustrated to watch my future workforce and the value of my UC Berkeley degrees become polluted by cheaters.

You might ask whether a proclivity for academic dishonesty can actually be taken as an indicator for future dishonesty in scientific research and professional endeavors. As a GSI, I stress to my students that their lab reports should be considered practice for writing scientific publications. If undergraduates and graduates alike are willing to invent data in their coursework, then I can only extrapolate that these same individuals have the potential to publish false data.

“Fiat lux. Let there be light.” This is the motto of the entire UC system, emblazoned on our crest. Since 1868, our heritage has stated that the pursuit of knowledge is light, lifting us above the ignorance that is darkness. My liberal arts background has strongly rooted me in the belief that the quest for an academic degree is more important than the ultimate degree itself. But when we devalue that process of earning a prestigious degree—when the sacred acts of teaching and learning become second to grades, GPAs, and transcripts—then we find ourselves drowning in ignorant darkness.

My suggestions in moving forward? We need to refocus the UC Berkeley climate on academic integrity and social morality, to reinforce the importance of the process of learning. We also need a system for dealing with cheating—one that actually works. What we have is clearly outdated, especially in light of future movement toward more web-based courses and degrees. While all of this may be costly and time-consuming, continuing on our current path will result in a second-rate University with second-rate degrees. And that is a cost that I sincerely doubt any of us are willing to bear. 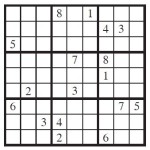