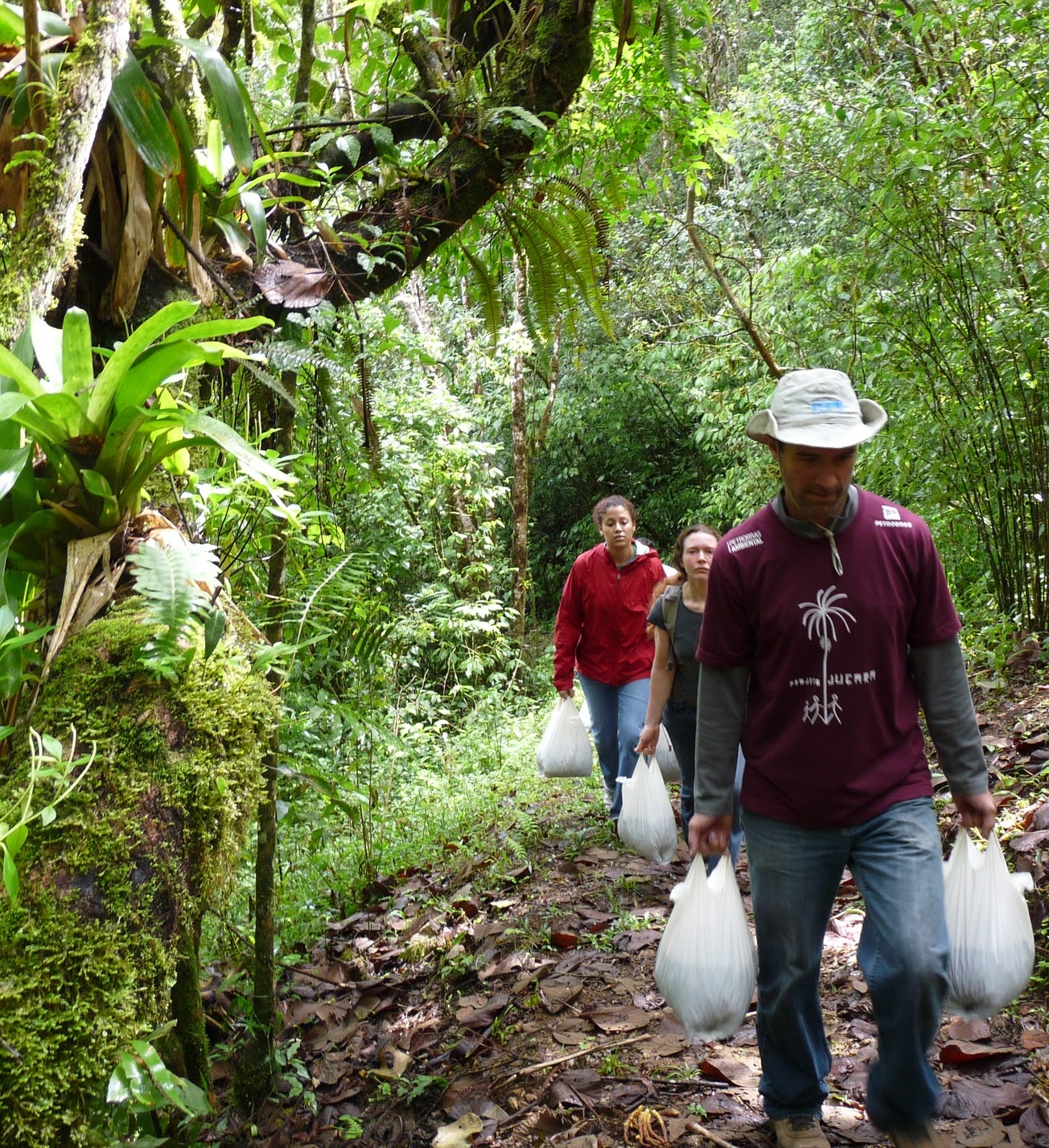 A Projeto Juçara member leads a team of U.S. travelers through a protected area of the Atlantic Forest in Serra do Mar. The plastic bags hold Juçara palm seeds.

If I told you that I recently travelled to Brazil and saw a number of the world’s most unique plants and animals while trekking through a densely vegetated, humid environment, you’d probably assume I was referring to a hike through the Amazon rainforest, right? That’s because, for good reason, the Amazon attracts quite a bit of international attention — its struggles against deforestation and pollution make their way onto the pages of mainstream news outlets frequently. Meanwhile, we rarely, if ever, hear about the determined fight for the survival of Brazil’s other great forest: the Atlantic Forest on Brazil’s southeast coast. But the Atlantic Forest is exactly where I found myself over winter break, and while my excursion into a protected area of the forest accounted for just one day of the two-week long trip, its beauty and fragility left a lasting impression on me and my fellow travelers.

The main thing to know about the Atlantic Forest is that it is currently about 85% smaller than it was five centuries ago, yet it still houses nearly as much biodiversity as the much larger Amazon rainforest to the north. A large fraction, up to 40%, of its biodiversity cannot be found anywhere else on Earth. Extensive deforestation and fragmentation has made it necessary for NGO’s to step in and help maintain the vibrancy of the now fragile ecosystem. I was a witness to the same kind of grass roots organization when I went to climb mount Kilimanjaro a few years ago. Here in Brazil, my excursion was guided by members of a non-profit organization called Projeto Juçara, whose mission is to protect the Juçara palm tree. Juçara (juice-ARE-uh) palms are heavily poached for their edible palm hearts, and over time the trees have become one of the many endangered species residing in the Atlantic Forest. As my companions and I walked through the forest, we scattered Juçara seeds alongside the path in the hope that we could help restore the tree to healthy numbers in that area of the forest.

Collection of sculls and other remnants of some of the Atlantic Forest’s larger residents. Recognize any of them?

I was glad to see that the Atlantic Forest is in good hands. The environmental organizations I encountered there seemed strong both in terms of funding and their ability to deliver an effective message to the public. For now, the forest and its unique collection of residents are safe. It remains to be seen, though, with megacities São Paulo and Rio Di Janeiro continuing to expand and chip away at the region’s natural resources, how long their efforts can hold up for.

As usual, an informed public will be the key to achieving an environmentally-friendly outcome in the long run. To learn more about the Atlantic Forest and participate its protection, here are some useful links: 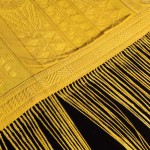 Bridges made of spider silk? You can thank the goats... Previous
Is graduate school a Ponzi scheme? Next