How to trick yourself into keeping your New Year’s Resolution

This week’s edition of Psych Wednesdays was written by Juli Breines and was originally published on Psych Your Mind on January 3, 2012.

Year after year we make ambitious New Year’s Resolutions, 90% of which ultimately fail, according to a 2007 study. There is no shortage of advice on how to make this year the one where you actually stick with your resolution: we know that we should set realistic goals, take things one step at a time, enlist support, and bounce back from setbacks rather than giving up too easily. And yet, somehow we still manage to fail, time and time again. If you are a chronic resolution-breaker, or if the mere thought of your resolution makes you want to run for the hills, it might be time to try an anti-resolution approach. Here are three of my favorite ideas for making a resolution that’s almost impossible not to keep:

1. The (Pseudo) Scientific Method. This might reflect my social psychologist bias, but I personally find that the most effective way to make a change is to think of it as an experiment rather than a chore. For example, I wonder what would happen if I went to the gym three times next week… Will I feel energized and be more productive? Will I enjoy it? Will I be able to stick to it? Keeping an open mind about where our resolutions might take us can help avoid the traps of boredom and resentment. In the book (and blog) The Happiness Project, Gretchen Rubin treats self-improvement as an experiment by making small changes in her own life and observing their effects (e.g., If I don’t nag my husband for a week, will he start voluntarily doing chores without being asked?).

The point is to take the objective approach of a scientist, rather than attaching your emotions or self-esteem to the outcomes. If an experiment fails, that doesn’t make you a failure. Even failed experiments can provide valuable information. And if you’re persistent, something has got to end up sticking.The great thing about experiments is that there are always new questions to ask and new variations to try. For example, you might find that going to the gym in the morning leaves you tired during the day. Instead of ending your attempts then and there, you could try going before your lunch break, or in the early evening, and see what happens. If those also yield negative results, maybe you need to a change in venue or activity. And don’t forget to “control” for contextual factors that could bias your results (e.g., lack of sleep the night before, bad weather). You can do this in a rudimentary way by repeating your attempts multiple times without varying other factors to see if you get the same results. You could even make a spreadsheet to track your progress and try to identify factors that seem to be associated with success.

2. The Radish Cure. I learned this one from a book series that I read as a child, about a woman named Mrs. Piggle-Wiggle who helps kids break bad habits in unconventional ways. One of the most memorable is a story called “The Radish Cure” about a little girl, Patsy Waters, who doesn’t like to take baths. Mrs. Piggle-Wiggle’s prescription is to allow Patsy not to bathe for as long as she wants. In time, Patsy ends up covered with dirt so thick that radishes begin to grow out of her body. Needless to say, Patsy becomes an avid bather after this experience. Other cures involve allowing a messy child to become trapped amongst his own toys and encouraging a picky eater to take such tiny bites that he ends up needing to be be pushed around in a wheelbarrow.

Although Mrs. Piggle-Wiggle’s cures may seem to border on child abuse, they are of course not meant to be taken literally. The idea is to make the healthy behavior the form of rebellion, a free choice rather than an obligation, since even as adults we do not like to be told what to do (see Reactance Theory and Self-Determination Theory). A New Year’s version of the radish cure could be to allow or even “require” yourself to sit on the couch all day instead of going to the gym. Although at first you might look forward to indulging in laziness, pretty soon you will probably find yourself itching to get moving. Ideally this will happen before you become literally glued to the couch. 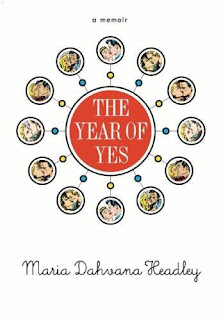 3. The Aspiring Blogger Method. A third idea is to choose a resolution that’s just too fun or interesting not to follow through on, like always saying yes to a date (see The Year of Yes), never looking in the mirror (see Mirror, Mirror Off The Wall), or making romance a daily priority (see 365 Nights: A Memoir of Intimacy). If you can think of something creative and life-changing, you could even make a blog or book out of it. Knowing that you could inspire (or at least entertain) other people with your story could help motivate you to stick to it. 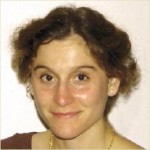 From the archives: Science policy and you Previous
UC: University of Cheating Next 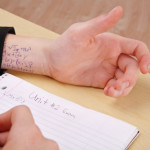